Interview: Lorraine Sommerfeld Talks about Her Father, Canada and Asbestosis

Cancer & Caregiving
Fact Checked
Cite This Article
Reading Time: 7 mins
Publication Date: 11/23/2011
Fact Checked
Our fact-checking process begins with a thorough review of all sources to ensure they are high quality. Then we cross-check the facts with original medical or scientific reports published by those sources, or we validate the facts with reputable news organizations, medical and scientific experts and other health experts. Each page includes all sources for full transparency.
Reviewed

Lorraine is a journalist for the Toronto Star, and the Hamilton Spectator.  She was kind enough to share her father’s story and experiences about his exposure to asbestos.  His asbestos exposure led to an asbestos related disease Asbestosis and Silicosis.

What type of asbestos related disease (ARD) did your father have?

Officially? Probably not until seven years before his death, which would be around 1989. The Worker’s Compensation Board was loathe to admit he had a work-related illness, and he was actually one of the first to secure the diagnosis. It’s only because we fought tooth and nail to get it.

Do recall any events (symptoms) that your father had which led to the diagnosis (or reason to seek medical advice)?

He literally collapsed at work one day. Doctors later realized that the oxygen just wasn’t getting to his brain, and he was a workhorse that he just kept going. He fell down a set of metal stairs on the job.

How was the diagnostic process?

After being told for years it was all in his head, he was told [it was] bronchitis. I remember bottles and bottles of cough syrup, which did nothing. The cough was just worse and worse, and he got passed around from doctor to doctor. A lung biopsy was finally done. Doctors put him on steroids, but the company he worked for and the Comp Board still denied his claim. I went to the university library where I was going to school and found out the name of a world-renowned doctor who specialized in lung disease. He was at UBC, and I contacted him and asked if he’d review my father’s biopsy, X-rays and results. He agreed, and it was his diagnosis of asbestosis and silicosis that finally forced the board to compensate my parents. Essentially, my expert was bigger than their expert. His name was Dr. Andrew Churg. I will never forget him. I still have a copy of the letter I sent him somewhere in our files.

What was your family’s reaction to the news?

Mixed. We were relieved to know it was real and that it was nothing my father had caused. He’d never smoked. But it was devastating to finally understand this would kill him, and it would do it slowly. Helpless.

How was your father’s life post-diagnosis?

Well, my parents finally started receiving some money, which had been cut off for 18 months with the disability being denied. They kept the severity of this from us kids – we were in our late teens and early twenties. Later Mom would admit it was terrifying. They’d worked all their lives. They could have lost everything. My mom was back working to keep money coming in. It was crazy – my dad needed her, but she had to head back to work in her 60s.

Did he undergo any type of treatment?

He was put on steroids for as long as he could tolerate them. His temper went through the roof, a combination of pain, frustration, the drugs and his nature, which was combative at the best of times. We were far from the best of times. The steroids helped the coughing, which was literally all day and all night. He used to go outside so he wouldn’t wake my mother up. I learned years later the neighbors instead had to bear it. 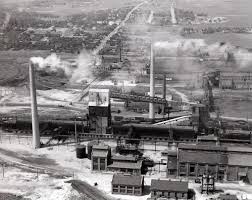 How was your father exposed to asbestos?

How long was he working with asbestos?

Was his company aware of the unsafe work environment and the dangers of asbestos exposure?

I believe they were aware long before they admitted it. My father had been one of those guys demanding better masks and equipment long before anyone even considered it. In retrospect, masks were about as effective as hurling stones at a tornado, but he tried. He also counseled younger workers on the job to wear protection and [to] demand better protection.

What were some steps he took to protect himself and family from high concentrations of asbestos exposure?

He always showered at work, and would bring his work clothes home in a separate bag. My mother did the laundry, but he would hold back his work stuff so she had very little contact with it. It was as if he understood that this microscopic bad stuff was clinging to him. He didn’t have proof, but he knew.

You mentioned in a previous article that you father knew that asbestos was dangerous well before the industry had to admit it.  How long did it take for the companies to come clean?

I may be incorrect, but I’m fairly certain my father’s was the first case in Ontario that the Comp Board, and by extension his company, finally admitted to liability. I was told this by the local union who supported his claim and helped us. The industry employed a lot of men who had moved here from other countries. Lots of Italian and Portuguese [people], English wasn’t their first language. Many of them were heavy smokers. We believe that the only reason my father ended up winning (if you can call it winning) was because he didn’t smoke, and therefore simply outlived most of his colleagues. They died before anyone could start to construct the cause and effect of their jobs.  The language barrier was a real one as well. It’s harder to fight.

Did his company accept any responsibility for their actions?

Here’s where I go crazy. They sent my father his 40-year service award when he was strapped to an oxygen tank. He was so proud, and I was so angry. He still felt an allegiance to the company that had allowed a kid who came from nothing to raise a family with a great standard of living. I truly believe by slamming the company, he felt he would be diminishing what he’d struggled to achieve. It was easier to blame the Worker’s Compensation Board. I didn’t want certificates. I wanted an apology. We never got one.

How do you feel about Canada still exporting asbestos to India and China?

I cannot think of a more criminal act knowingly being carried out by my government today. And yes, I’m aware of all the wars being fought for real or imagined causes. Exporting this product is criminal. And it’s a hard slap to all of us who fought so hard and lost so much, the guinea pigs who gave their lives proving that asbestos has no place in private or public buildings, nor in any developing nation.

How do you feel about the re-opening of Mine Jeffery?

An exercise in lining the pockets of people who never met a man like my father. A careless, reckless, short-sighted decision that is shameful.

What message would you like to send to the community?

There is a cost to every decision we make. I’m tired of people believing the only currency of value is money. When you finally understand that you are poisoning people, that you are stripping families of their loved ones for economic purposes, aren’t you supposed to change? Aren’t you supposed to acknowledge that their death wasn’t in vain if it can prevent more death? The suffering doesn’t stop when the coughing stops. Just ask my sons, who don’t remember their grandfather.

We would like to thank Lorraine for sharing her personal story with us. We hope that this will inspire others to advocate for asbestos awareness in your community. Did you find this information insightful? If you would like to share your story please do in the comments below, on Facebook, or Twitter.

©2022 by Asbestos.com and The Mesothelioma Center. All rights reserved. | Last Modified March 9, 2022
Get Your Free Mesothelioma Guide