Do You Live in One of the Top 5 States for Asbestos-Related Deaths?

The EPA keeps a list of the most environmentally contaminated sites in the United States. These sites are added to the National Priorities List and put on an extensive cleanup protocol called the Superfund program. California has 18 armed forces bases on that list. Veterans make up a considerable percentage of mesothelioma patients because of the large use of asbestos in most armed forces ships, buildings and vehicles. Also, 45 of 58 counties in California have natural asbestos deposits. Hot spots for asbestos-related deaths are San Francisco, San Jose, Los Angeles and San Diego.

Because so many U.S. citizens retire in Florida, the Sunshine State falls into the No. 2 spot. The peninsula state’s shipyards and industrial business also contributed to asbestos-related deaths in Florida. Asbestos was a large proponent in ships throughout the 20th century. From merchant vessels to Navy ships, asbestos was used to insulate boiler rooms, engine rooms, fire rooms, mess halls and even sleeping quarters. In Florida, seven shipyards have known asbestos exposure history. Additionally, more than 109,000 tons of asbestos were shipped from a Libby, Montana asbestos-contaminated mine to Jacksonville, Boca Raton, Pompano Beach, St. Petersburg and Tampa.

There is a long history with asbestos in New York because of the state’s vast industrial history. One of the first asbestos mining and manufacturing companies began in New York in 1858; known as the Johns-Manville Corporation and later as W.R. Grace, the company manufactured insulation and roofing products until it was forced into bankruptcy in 1982. Industrial workers are considered at a high risk for asbestos-related disease. New York’s shipyards, metalwork facilities, manufacturing plants and power plants have been prime sources for asbestos exposure. Buffalo, New York City and Rochester are large hot spots for asbestos-related deaths. 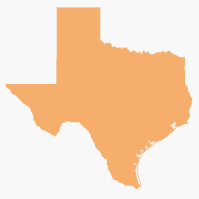 There are nine jobsites with known exposure, including oil refineries, steel mills, foundries, chemical plants, automobile factories and shipping companies. The shipping companies spread thousands of shipments across Texas with asbestos-contaminated materials at an estimated amount of 675,000 tons. Of all the cities that received asbestos from the Libby, Montana mine, Dallas, Houston, San Antonio, El Paso and Beaumont lead the state in asbestos-related deaths.