Written By:
Ben Leer
Fact Checked
Fact Checked
Our fact-checking process begins with a thorough review of all sources to ensure they are high quality. Then we cross-check the facts with original medical or scientific reports published by those sources, or we validate the facts with reputable news organizations, medical and scientific experts and other health experts. Each page includes all sources for full transparency.
Reviewed
Written By: Ben Leer,
May 15, 2012

The Big Tex Site in San Antonio, Texas, stored, processed and packaged asbestos-contaminated vermiculite ore from a mine in Libby, Montana. The mine was owned and operated by W.R. Grace & Company, which has been associated with one of the largest asbestos scandals in the United States.

In addition to exposing Libby residents to asbestos from its operations, W.R. Grace also exposed others when it shipped asbestos-containing vermiculite to 266 sites in 41 U.S. states and Puerto Rico.

Vermiculite ore is refined by rapidly expanding the ore with heat, a process known as exfoliation. As water in the ore becomes steam, it causes the rock to explode.

The result is a lightweight, fire-resistant construction material. Vermiculite contaminated with asbestos can release airborne asbestos fibers and they can be inhaled by anyone close by.

The Environmental Protection Agency (EPA) has deemed exfoliation facilities as the most likely locations to have asbestos exposure incidents and environmental contamination.

The EPA was initially denied access to the Big Tex Site for soil sampling because a representative of the Big Tex Company, Inc., wanted to have the company’s legal counsel on site at the same time. Although the site received asbestos-contaminated vermiculite between 1967 and 1988, the EPA did not conduct testing until March 2006 when a developer wanted to build condominiums on the site. 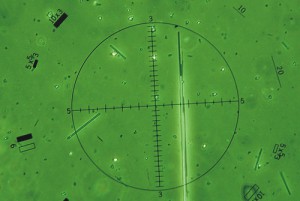 Asbestos testing was performed by using polarized light microscopy and transmission electron microscopy, the samples were analyzed and results were staggering. The soil had contamination levels as high as 4 percent.

During 21 years of operation, Big Tex received an estimated 124,545 tons vermiculite ore from Libby. This site not only exposed employees to asbestos, but also its location in a residential area raised the potential exposure level for nearby residents.

The EPA completed a cleanup on the site in 2008. W.R. Grace funded the cleanup cost and also is held liable for any damages proved to be affected by asbestos from Big Tex and other areas to which it exported asbestos.

More than 250,000 asbestos-related claims from around the United States have been filed against W.R. Grace for knowingly shipping hazardous vermiculite.

The bankruptcy court recently settled on the Big Tex Site at the price of $2.2 million. It is unclear what the plans are for future development on the site.

Do you think the bankruptcy court settled at the right price? Tell us on Facebook or Twitter.