Update:Jimmy’s father, Christopher Ellis, informed us that Jimmy lost his battle with mesothelioma on Oct. 8. He was 38.

Jimmy E. is a remarkable man.

Inspired by the doctors who helped him overcome a rare form of childhood cancer, he forged a career as a skilled surgical nurse in southern California, driven by an urge to serve others.

But more than 30 years after beating cancer, Jimmy developed a persistent fever, pneumonia and fluid around his lungs. This time, the diagnosis was a more insidious disease — malignant pleural mesothelioma.

Jimmy, who recently turned 38, is far too young for a disease that typically strikes the elderly. As he struggles to rise above each setback, now it’s Jimmy inspiring others around him, including family, friends and strangers he never met, and never will.

In the last three months, 122 people have contributed more than $12,200 to his ‘Please Help Jimmy!’ campaign on GoFundMe.com. The goal is to reach $25,000 to cover medical costs.

“I never knew, never guessed, that there were so many people who cared and would reach out to help,” said Linda, his mother and primary caregiver. “There are people all over the world who are praying for him now. It’s been amazing to see how people have responded. In a way, it’s been inspiring to see.” 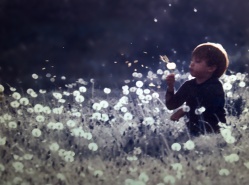 Doctors told his parents he had fibrosarcoma, a rare, soft-tissue cancer that originated around his jaw. They said there was a 70 percent chance he would die soon.

Multiples surgeries and several rounds of chemotherapy interrupted his young life, but they helped him prevail. His mother said Jimmy raced back to school after each treatment, leaving doctors shaking their heads in amazement.

Jimmy grew up admiring those doctors who orchestrated his care and was determined to help others in much the same way. He loved working with his hands and tinkering with things. He soaked in the Discovery Channel like a sponge. 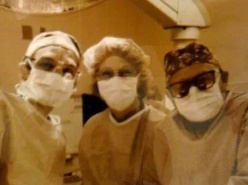 “He loved the blood and guts of medicine,” Linda said. “At a young age, he wanted to be a doctor, a surgeon, but he never quite got that far. Someone suggested he become a surgical nurse, and he did. People liked him.”

He spent almost a decade assisting surgeons. They praised his work. Among the surgeries, he helped with organ transplants and organ donations. He was fascinated by the process, giving people the opportunity to live and help others.

Shortly after relocating his job to another hospital in 2012, health problems returned.

Symptoms included a persistent fever, pneumonia and fluid around his lungs. Doctors removed the fluid multiple times, and Jimmy returned to work as quickly as possible after his procedures.

By the fall of 2013, he was struggling to catch his breath. After several other procedures, doctors said he had sarcomatoid mesothelioma, the least common and most aggressive type of the disease.

It was also a stunning diagnosis for someone so young. Most people diagnosed with mesothelioma are in their 60s. The disease, primarily caused by exposure to asbestos, usually takes 20 to 50 years to show.

The past year has been a battle. The cancer spread from one lung to the other. Chemotherapy worked briefly, but it was only a Band-Aid.

There have been blood clots, infections and pneumonia. At times, Jimmy was unable to breathe or eat on his own. An emergency insertion of breathing tubes broke his front bottom teeth.

“It’s been difficult on the whole family with so much frustration,” Linda said. “But it has brought people together. Made you realize how many good people are out there. Jimmy is a fighter. He always has been. He doesn’t like hearing anything negative, because he knows God is the only one who will make the final decision, and until he does, Jimmy will fight for his life.”

Linda talks to God each day. She prays for a miracle to save her son, who is facing almost-insurmountable odds.

She clings to the hope inspired by the tenacity her son showed as a child and now an adult. He is now at his parents’ home in Banning, California, after his latest, two-week hospital stay.

Jimmy needs around-the-clock care now. Although his father, Christopher, works as a schoolteacher, Linda lost her job because of the demands required for taking care of her son.

“It will take a few days to get back into the regular routine again, but we’ll make it through,” Linda said. “We’ve done this before.”

His uncle, a former U.S. Navy SEAL, started a page for him on the crowdfunding website GoFundMe, where people donate money to help pay for his care. More than 120 people, many of them strangers, have donated to his campaign.

A donor, listed as Amy, Momo and Olivia Kimura, commented: “Although we’ve never met, [Jimmy] is a big part of our life and we love him. Therefore, the Ellis family is a part of our family. Positive thoughts and all things good to Jimmy and the whole Ellis family!”

His friend, Dave Ross, wrote: “Jimmy, you have been an inspiration to pretty much everyone you know, and those you don’t know. You have been through a lot throughout the years. Stay Strong.”

Linda rarely leaves her son’s side for very long.

“It’s very hard to sit back and know you can’t do anything to help,” she said. “It’s all so hard to figure out. As a parent, you have to be a fighter too, and have faith that there’s always a chance. If you’re not a fighter, too, you’ll never make it through this.”