I recently went on a road trip on the Great Eastern Highway to the historic town of Norseman in Western Australia.

Norseman, commonly referred to as “The Gateway to Western Australia,” is known for the gold discovered there in the late 1800s. Several companies mined the precious metal for more than a century. Locals boast that miners extracted nearly six million ounces of gold since the town’s inception.

Tough economic conditions and the rising cost of extraction forced the main gold mining operation to close in July. Norseman residents now rely on tourism to boost their economy. 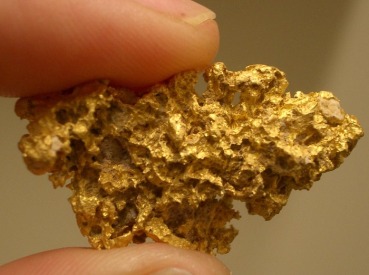 As a tourist in Norseman, I did my fair share of sightseeing. I saw a number of municipal buildings constructed in the 1890s that were still standing. While these historic buildings were remarkable, it was the nearby homes I found almost unbelievable.

Most of the homes were constructed entirely of asbestos sheeting.

According to official documents from the Shire of Dundas, which is the governing body for the town of Norseman, many homes there are built with asbestos products.

A good number of them had extensive damage to outer walls and roofs. It troubled me to see residents walking in and out of their homes. When products containing asbestos are damaged, they can release particles of the deadly mineral into the air.

Exposure to asbestos is linked to a number of serious diseases, including mesothelioma, lung cancer and pleural plaques. Australia has the second-highest rate of mesothelioma deaths in the world, trailing behind the U.K.

I’m glad to see the Shire of Dundas is working on a strategic community plan to remove asbestos from these homes.

History of Asbestos in Australia

The history of asbestos exposure and its deadly consequences in Australia are well-documented.

Textile mills, construction companies and many other production and repair facilities used asbestos between the 1950s and the 1980s. Parts of Australia also were mining centers, including Wittenoom, one of Australia’s worst industrial disaster sites. 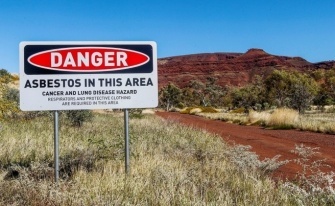 My husband, Brian, spent a few months in Wittenoom as a child. The deadly mineral was everywhere. About 45 years later, doctors diagnosed him with mesothelioma. His prognosis: Three to nine months. He survived two years with the disease and died at age 54.

Mr. Fluffy, a loose-fill insulation product containing asbestos, was pumped into the roofs of hundreds of homes in Australia in the 1960s. It’s been blamed for countless mesothelioma cases across the country.

Reports on the National Health and Medical Research Council website shows they have invested more than $14.5 million from 2000 to 2010 for research on asbestos-related diseases.

Homeowners in some cities, including Canberra, still are finding lingering remnants of Mr. Fluffy insulation in their homes.

Many homes built with these products are still standing and can be found scattered around major cities and rural towns across the country.

Damage to any one of these homes, either by natural causes or home renovation, releases asbestos dust into the atmosphere.

As more people become aware of the danger of asbestos exposure, alarm bells are sounding around Australia. There is good reason for this alarm. Asbestos dust is beginning to show up in the living areas of older homes and buildings on a regular basis.

Norseman is just one of a multitude of towns across Australia riddled with deadly asbestos. Together they represent a looming tragedy of immense proportions.

Having lost Brian to mesothelioma, my heart aches for those who will be walking in my footsteps.