Fact Checked
Fact Checked
Our fact-checking process begins with a thorough review of all sources to ensure they are high quality. Then we cross-check the facts with original medical or scientific reports published by those sources, or we validate the facts with reputable news organizations, medical and scientific experts and other health experts. Each page includes all sources for full transparency.
Last modified: October 16, 2020 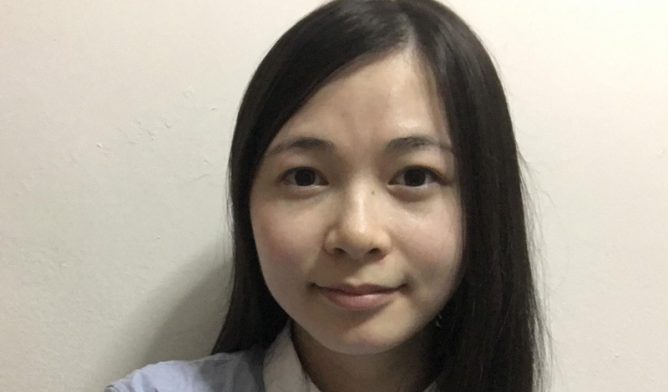 Yu Ying Mei is a fifth-year pharmacy student at St. John’s University. She is the first-place winner of the Fall 2018 Asbestos.com scholarship.

The dangerous carcinogen asbestos has never been fully banned in the United States.

Yet how can such poison be safe when it destroys the lives of more than 3,000 Americans annually?

If we travel back a century, asbestos was treated like gold because of its useful attributes such as “resistance to fire, tensile strength, flexibility, softness, and affordability.”

For example, the blue asbestos discovered in Wittenoom, Australia, was especially valuable in the early 1900s, but what’s left of the town today is its infamous ghost town name.

This is because exposure to asbestos can be deadly due to its ability to accumulate in the human body and cause cancer.

Due to its shape, blue asbestos is harder to clear out of the respiratory tract, hence the association with the highest risk of mesothelioma. Back in the earlier part of the 20th century, when less was known about asbestos, it was a common mineral used in construction and insulation.

Most people know hypertension, or high blood pressure, as the silent killer, but most don’t know that mesothelioma, a rare type of cancer caused by asbestos exposure, is an even scarier silent killer.

Although the disease is rare and has a long latency period of 20-50 years before symptoms appear. Asbestos-related cancer has a five-year survival rate of less than 10 percent. Most patients live only about one year after diagnosis.

What’s more terrifying is there’s no turning back with this disease. Even if you haven’t been exposed to asbestos for 30 to 40 years, you are still at risk. That’s why it’s important for people to let their doctors know if they have a history of being exposed to asbestos to reduce the chance of a misdiagnosis.

With new technological advances, the ongoing development of new treatments has helped people win the battle against cancer. Yet mesothelioma is an incurable cancer.

This can cause the current tumor to enlarge and be fully resistant or even cause another tumor to grow. Acquired resistance, on the other hand, is when a cancer cell modifies itself in response to a chemotherapy drug.

For example, if the dosage of a cancer drug isn’t strong enough, over time, cancer cells will be able to become immune to the chemotherapy drugs, also leading to a fully resistant tumor.

Currently, chemotherapy with cisplatin and pemetrexed is considered the standard and first-line therapy, but remission is common in later months or years.

Not Many Treatment Options for Mesothelioma

Unfortunately, there currently aren’t many drugs approved by the U.S Food and Drug Administration for the treatment of mesothelioma. Second-line therapies, such as carboplatin, navelbine, gemcitabine, doxorubicin and raltitrexed, are not currently FDA-approved for mesothelioma use.

However, there are currently many ongoing clinical trials at research centers globally.

Keytruda, or pembrolizumab, is one of the more popular drugs studied in research centers. Through the Merck Access Program, it has shown effectiveness with many mesothelioma patients. More mesothelioma patients should volunteer to participate in clinical trials, so we can get closer to making the cancer more controllable.

Support from caregivers and family members is so important to mesothelioma patients. Helpful acts, such grocery shopping for them, offering them a ride, handling some of their chores, offering companionship and giving them gifts, are recommended.

Emotional support is also important to vulnerable patients, especially if they are just recently diagnosed. It can feel isolating to have such a rare disease. In addition to emotional support, it’s important to encourage mesothelioma patients to not smoke.

Smoking alone causes 80 to 90 percent of lung cancer cases. If mesothelioma patients smoke while their lungs are already damaged, the death rate is 28 times higher than average.

No Asbestos Ban in the U.S.

Although the Clean Air Act of 1978 banned spray-on asbestos products, the Environmental Protection Agency just announced few months ago that they would only evaluate and require approval for new uses of asbestos but not evaluate health risks already in the environment.

If you want to check if your popcorn ceiling contains asbestos, you would have to purchase a test kit or hire an asbestos abatement professional. It’s best to have it checked professionally because if you disturb the ceiling, you’re risking the potential of asbestos exposure.

Once you breathe in the asbestos fibers, they’re stuck in your body forever because your body can’t dissolve the fibers.

It’s very important to raise awareness of the dangers of asbestos. Asbestos should be banned entirely and there should be at least basic information about public and private structures contaminated with asbestos, and people can take protective measures.

However, the government has no record of how many schools contain asbestos materials and don’t plan to evaluate the health risks of asbestos already in the environment. This not only endangers society, but it will impact the health of children in schools constructed with asbestos. There should be more proposals such as those from U.S. senators Edward J. Markey, D-Mass., and Dick Durbin, D-Ill. They proposed creating a public database of asbestos-containing products.

If we work together to raise awareness, there will ultimately be a cure. Hopefully, mesothelioma’s turning point in history will come soon.

©2021 by Asbestos.com and The Mesothelioma Center. All rights reserved. | Last Modified February 3, 2021