A Mesothelioma Diagnosis Has a Ripple Effect on Loved Ones

Fact Checked
Written By:
Lorraine Kember
Fact Checked
Our fact-checking process begins with a thorough review of all sources to ensure they are high quality. Then we cross-check the facts with original medical or scientific reports published by those sources, or we validate the facts with reputable news organizations, medical and scientific experts and other health experts. Each page includes all sources for full transparency.
Written By: Lorraine Kember,
October 31, 2019

On the night of our 30th wedding anniversary, my husband Brian and I held each other close and danced beneath the stars.

As we swayed to the tune of our favourite songs, I could not have loved him more.

Or so I thought.

When he was diagnosed with mesothelioma a few months later and given less than a year to live, my love for him grew to another level. I felt an urgent need to protect him from emotional and physical pain, as if it was us against the world.

It did not take me long to realize this was not true. Like a ripple effect, Brian’s illness and impending death deeply affected the lives of those closest to him.

Though there were many who were deeply saddened by his tragic circumstances, our three children — Michelle, Clint and Julie — his sister Pat and his best friend John were the ones who truly walked beside us on our grieving journey.

Effect of Brian’s Illness on Our Children

On the day Brian was diagnosed with mesothelioma, Michelle, Clint and Julie were waiting in the hospital parking lot for our return. I will never forget how I felt when Brian told them the devasting news.

As I witnessed the sorrow in their eyes, my grief rose to include theirs. For the first time as their mother, I felt truly helpless. There was nothing I could do to take away their pain.

Though we each struggled to find a way to deal with our emotions, we were united in our efforts to give Brian something to hold on to.

On the drive home, we spoke of clinical trials, special diets and vitamins to strengthen his immune system — anything we could think of that might give us some hope. We were not ready to believe he was dying.

At 52, he appeared to be as fit and strong as always. It seemed incomprehensible that he would not be around to celebrate the many family milestones ahead.

Thankfully, he did get to see at least one of our beautiful daughters get married.

Upon learning of her father’s illness, our eldest daughter, Michelle, moved up the date of her wedding so Brian could give her away. It was the most precious gift she could have given him.

I remember his excitement as we prepared for the big day — the suit he wore and the speech he painstakingly rehearsed. Most of all I remember the look of pride and joy on his face as he walked Michelle down the aisle.

Sadly, he never met Michelle’s beautiful daughter Brianan, named in honor of her grandfather. He would have loved her dearly.

Through our son Clint and his wife Dee, Brian did get to experience the joy of being a grandfather to their three young children — Kam, Shannon and Kylie — if only for a little while. I used to love watching his interaction with them, especially when reading them a story. He could never get enough of their company and would spoil them at every opportunity.

Unfortunately, Kam is the only one who remembers Brian. Shannon and Kylie were too young to have any memory of the love their grandad showed them.

One major milestone Brian never got to witness was our daughter Julie’s success in the music industry. Born to be an entertainer, her hard work and dedication to her craft resulted in her succeeding as an award-winning singer and songwriter, the realization of a dream she had often shared with her father.

Whenever she performs, I know she wishes he was in the crowd. He would have been so proud of her.

Sister Provided Support When Needed Most

If anyone grieved as deeply as we did over the impending death of Brian, it was his sister, Pat.

They were always extremely close but grew closer following the death of their parents when they were in their sixties.

Over the 30 years Brian and I shared together, I can’t remember a time when Pat was not in our lives. She was the best sister-in-law and aunt to our children.

I can’t imagine how it must have been for her to know she was losing her brother, her best friend and her only link to the past. Her grief must have been overwhelming, yet she selflessly put her own needs aside to support Brian — and me — in our time of need.

She was the one who drove us to Brian’s chemotherapy sessions and sat with me through it all. She held me when it was impossible to hold in my grief and the real tears came, the ones that took my breath away.

Pat and I could talk about anything, including Brian’s funeral and of what I might do with my life after he was gone. At a time when my future seemed like a black hole, this was strangely comforting.

In her wisdom, she knew I had to find something to hope for. 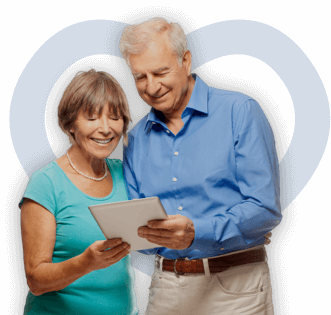 Support Group for Patients & Families
Our monthly online support group helps patients and families cope with the effects of mesothelioma.
Sign Up Now

Best Friend Made Time for Brian and Fishing

John was by far the best friend Brian could ever have asked for.

They shared a love of fishing, and John would accompany Brian on our 14-foot dingy on many a fishing trip over the years.

Before he got sick, Brian would carry the heavy motor and took most of the weight when dragging the boat. He would also assist me and John when we hooked a fish too big for us to handle.

As Brian’s cancer progressed, his strength decreased significantly, but not his love of fishing which he continued until shortly before his death.

Had John not taken over the heavy lifting of the boat and motor, this would not have been possible. I often observed his struggle as he performed these tasks and marvelled at his love for Brian. There was nothing he wouldn’t do for him.

Even when exhausted after a long day of fishing, he would not refuse Brian if he wanted to go out again the next day.

Acknowledging the grief Brian’s illness and death brought to others does not in any way diminish the intensity of my own grief, but it does make me mindful of the profound impact one person can have on the lives of so many others.

Around me, there are countless wives, husbands, brothers, sisters, uncles, aunts, grandparents and friends who are on a grieving journey.

My heart goes out to every one of them.

©2021 by Asbestos.com and The Mesothelioma Center. All rights reserved. | Last Modified October 16, 2020