Rediscovering the Joy of Christmas as a Mesothelioma Widow

Lorraine Kember
Fact Checked
Our fact-checking process begins with a thorough review of all sources to ensure they are high quality. Then we cross-check the facts with original medical or scientific reports published by those sources, or we validate the facts with reputable news organizations, medical and scientific experts and other health experts. Each page includes all sources for full transparency.
Written By: Lorraine Kember, Last modified: October 16, 2020 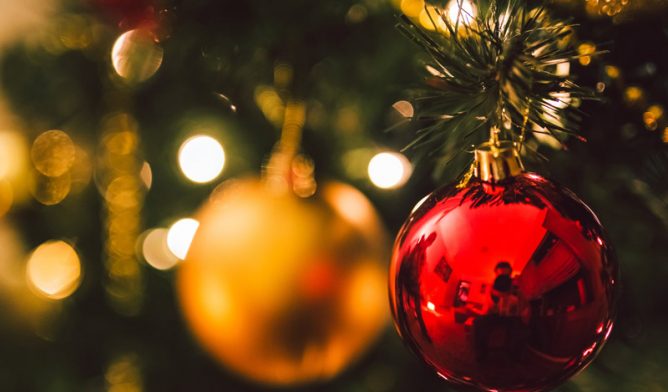 As Christmas Day 2019 fast approaches, I find myself caught up in the shopping frenzy that comes with this time of year.

The stores are crowded, and the shopping lines are long, but no one shows any sign of impatience.

Rather, there is a feeling of camaraderie and an almost palpable sense of joyfulness that picks me up and carries me along with it.

I am so grateful for this. There was a time when I believed I would never feel joy again — especially at Christmas time.

This was my husband Brian’s favorite time of the year. Unlike my father who left all the gift shopping and meal preparation to my mother, Brian loved being involved in everything to do with Christmas.

On Christmas Eve, after putting the children to bed, he and I would sit together and wrap what seemed like a mountain of presents. It was often very late by the time the last one made its way under the tree, but our lack of sleep was overshadowed by the pleasure we got from seeing the joy on our children’s faces the next morning.

When our kids had grown and left home, Brian’s love for Christmas remained. He always came with me when it was time to shop for gifts and would spend a lot of time choosing a unique present for each of our children and grandchildren.

Somehow, he just seemed to know exactly what everyone wanted.

Brian also loved to cook. He gradually took over the task of shopping for and preparing the Christmas feast. Though I also enjoyed cooking, I was more than happy to relinquish the task. He had much more imagination and attention to detail than I did.

The Day Christmas Turned to Sadness

For someone who absolutely loved this time of year, it was ironic that Brian should be diagnosed with mesothelioma six days short of Christmas Day.

The tragic news dropped a bomb on our Christmas plans and blew our dreams for the future apart. Brian’s prognosis was three to nine months.

Living in expectation of his death was torture, especially after three months had passed. Not knowing what to expect, I feared he could die at any time and dreaded the beginning of each new month because it brought us ever closer to the time he was expected to pass.

Despite his prognosis, Brian was still very much alive one year after his diagnosis. He was once again looking forward to Christmas.

The feast he prepared for us that year was as magnificent, but he could only eat a small part of it. Mesothelioma had already robbed him of the pleasure of eating.

Over the following year Brian’s health deteriorated rapidly, but he was still with us when the festive season came around and he was determined as ever to be a part of it.

Now in a wheelchair and needing oxygen to breath, he easily became tired but insisted on accompanying me to the shops to buy gifts and the food needed on the big day.

Our Last Christmas Together

Over the next few days, Brian’s health declined rapidly. Fearing that his wish to be with us for Christmas would not be granted, the children and I moved his bed into the living room where he could gaze upon the Christmas tree and the presents beneath it.

Later that day, we moved the presents to the end of his bed and took turns opening them just as we had always done. I will forever cherish that moment.

Brian passed away on Dec. 24. In my mind, I like to believe he really did get to spend Christmas Day with us just as he had wanted — only it had come a little early that year.

Grieving for Brian over the following months, I found it hard to look forward to anything, let alone another Christmas. When it came around, I found myself missing Brian more than ever.

Though I went through the motions of putting up the tree and turning on the festive lights, the darkness in my soul remained. I did not want to celebrate a time that had brought such pain and sorrow.

My Christmas Message from Brian

On the first anniversary of Brian’s death, I thought back over the last days we spent together and once again marveled at his love for Christmas.

Despite his illness, his passion for the holiday never wavered. Even when near death, he still managed to find the strength needed to take part in our gift-giving ceremony.

The look of joy on his face when we opened the special gifts is something I will always treasure.

Looking back on all of the cherished moments we shared lifted the darkness from my soul and filled me with peace.

In a strange way, it felt as if Brian had sent me a message, telling me to enjoy Christmas in his memory.

This is exactly what I have done from that point forward.

©2021 by Asbestos.com and The Mesothelioma Center. All rights reserved. | Last Modified April 1, 2021