Mesothelioma Recurrence and the Importance of Self-Advocacy 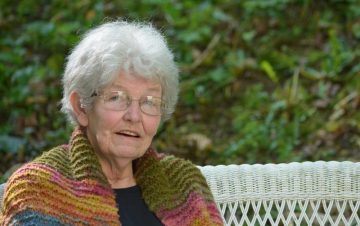 There may be no “I” in team, but there is one in patient.

It’s something I have to constantly remind myself of through my battle with mesothelioma, especially during my last recurrence.

The tumors near my heart and the two additional spots on one side of my chest wall haven’t subsided since I began taking Keytruda in April 2019. The immunotherapy drug held the growth stable for a while, but recent scans revealed it wasn’t doing enough on its own to keep my cancer at bay.

This led to a frenzy of calls and questions from myself to my health care team. As a mesothelioma survivor of 7 1/2 years, it seemed my medical team had run out of answers.

I had been through an aggressive surgery, three full rounds of chemotherapy and now immunotherapy treatment — but the cancer remained.

Even my scans seemed to confuse my doctors. One of the spots appeared in the muscle, leading me to wonder if it was mesothelioma metastasis or perhaps something else such as inflammation.

My doctor at Dana-Farber in Boston connected me with a surgical team at nearby Brigham and Women’s Hospital. Truth be told, the experience was frustrating, as I was treated more as a new patient rather than a survivor who received a tumor-removing procedure there seven years ago.

I’ve been fortunate to have access to some of the top mesothelioma specialists since my diagnosis in 2012. But recent events have reinforced my philosophy that the most important resource in a cancer battle is self-advocacy.

No one is going to look after your well-being more than yourself.

Runaround and Red Tape Left Me Searching for Answers

When it became evident the Keytruda wasn’t doing enough for the cancer spread, I spoke with my medical oncologist, Dr. David Jackman, about other options.

A second surgery at Brigham and Women’s was considered, but that recommendation never really got off the ground.

Experimental proton therapy at Massachusetts General Hospital was mentioned, but the waiting list was too long, and it wasn’t being offered for my unique situation.

All of this created a holding pattern of two months where I was virtually left in the dark. I had no answers on what was wrong or what should be done.

It made me realize how important it is for the patient and their loved ones to advocate and get answers.

Doctors are busy, and there are a lot of moving parts and broken communication within our health care system, so it’s imperative to speak up when you find your medical team talking in circles.

You can’t be afraid to look elsewhere for answers.

More Chemotherapy and Next Steps

On March 3, when I went in for my latest scan, I made the difficult decision to suspend Keytruda treatments and start a fourth round of chemotherapy.

Having already gone through Alimta and cisplatin, Jackman recommended the drug Navelbine, also known as vinorelbine. It’s most often used to treat lung cancer but has been used as a second-line treatment for mesothelioma.

While he didn’t think the Keytruda would interfere, Jackman wanted me off of it while I began this new chemo drug.

The results were short-lived.

Side effects of the drug took a few days to present, but when they did, I became deathly ill. I experienced severe gastritis and made the decision to not continue with the treatment.

Through my seven years as a survivor, my take on mesothelioma treatments hasn’t wavered: I’ll try anything as long as it does not significantly impact my quality of life.

My next appointment is scheduled for March 24. I’ll discuss next steps with Jackman then, whether that’s resuming Keytruda or forming a new plan of attack.

When my next scan comes up on April 14, we’ll see where we’re at.

In the meantime, I’ll continue to approach this battle as I always have: One day at a time.

Emily Ward is a retired nurse and pleural mesothelioma survivor. She writes about her experience battling the disease as well as how her outlook on life has changed since her diagnosis.