Cancer patients who are taking common cholesterol-lowering medications at the time of diagnosis have a significantly lower risk of dying, according to a nationwide study in Denmark.

The findings have offered a glimmer of hope to patients with mesothelioma, a rare cancer that lacks effective treatment options. Mesothelioma, diagnosed in an estimated 3,000 Americans a year, is caused almost exclusively by an exposure to asbestos.

Results of the Danish study, published November 7 in the New England Journal of Medicine, suggest that statins — a group of medications designed to lower cholesterol — may play a future role in treating particular cancers.

The study showed that cancer patients with a history of statin use had a 15-percent lower risk of dying than those who had not used that type of drug. 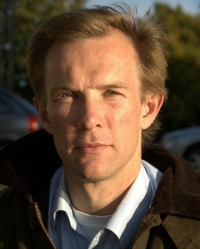 That doesn’t sound like much (difference), but chemotherapy only offers about a 15-percent to 20-percent reduction in the risk of dying,” said study author Stig Bojesen, M.D., staff specialist from the clinical biochemistry department at Copenhagen University Hospital. “Cholesterol is a vital building block in all cells, and when you take away the building blocks, the cells may stop proliferating.”

The study included almost 300,000 adults diagnosed with cancer in Denmark from 1995 to 2007.  Almost 20,000 of those were taking statins before the cancer diagnosis. Researchers tracked them until 2010 through a national health database.

The American Heart Association reports that 25 percent of Americans over the age of 40 are taking statins regularly. They normally are used to help prevent heart attacks, strokes and cardiovascular disease.

Bojesen believes further study is needed for a better understanding of the role that statins could play in helping cancer patients — and which cancers could be helped the most. Previous studies showed mixed results.

A study published in the journal Cancer in 2011 showed that men taking statins would be 30 percent less likely to have prostate cancer return. Earlier this year, researchers at Columbia University discovered that certain breast cancer cells in the laboratory stopped spreading after being treated with statins.

Previous studies by the National Cancer Institute showed that statins can help control certain tumor growth. By reducing cholesterol, statins have shown an ability to block some cellular functions that contribute to the growth of cancers.

Neil Caporaso, M.D., of the National Cancer Institute, wrote an editorial for the New England Journal of Medicine that accompanied the Denmark study. He expressed both skepticism and curiosity regarding the findings.

“Although the findings suggest, with a few exceptions, that there were consistent and substantial declines in mortality across diverse cancers, there is no clear pattern of decreased mortality with increased dose,” Caporaso wrote. “All these issues mandate caution in interpreting the findings.”

He pointed out that the study was purely observational and not investigational like a clinical trial would be. He also encouraged more studying of the topic before conclusions are drawn.

“The slightly lower cancer death rates among patients who had used statins before their cancer diagnosis could have been caused by factors other than the statin itself,” he wrote.