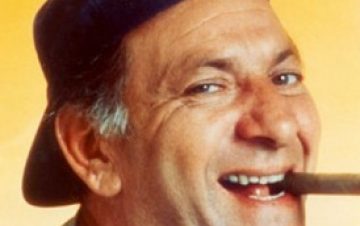 The mesothelioma community of today lost a good friend this week that it might not even know it had.

Actor Jack Klugman died on Christmas Eve, leaving behind his memorable roles in both television series “The Odd Couple” and “Quincy, M.E.,” and an even bigger real-life role in helping pass the Orphan Drug Act, which has been key in the recent fight against mesothelioma and other rare cancers.

Klugman, who died at his California home at age 90, was best known as the disheveled and everyman sports writer Oscar Madison in “The Odd Couple,” the early ’70s sitcom for which he won two Emmy Awards and the hearts of millions of viewers.

By the end of the decade, he became television’s gruff forensic pathologist Quincy, who solved murders for the police as a crusading medical examiner and used his role to present interesting social issues.

Klugman, in real life, used his celebrity status to bring tremendous attention to orphan diseases by testifying before Congress in support of a fledgling bill that would become the Waxman-Hatch Orphan Drug Act of 1983 and an important piece of health-care legislation.

Before the Drug Act, scientists who made advances often found it impossible to interest drug companies to help. There was too little profit to be made, and too much expense, to develop any drugs for diseases like mesothelioma, spina bifida, ALS, and Tourette’s Syndrome. The Act loosened regulatory burdens in developing those drugs, provided huge tax incentives and gave seven-year monopolies to companies that brought new drugs to market for rare diseases.

Klugman’s initial interest stemmed from his brother, Maurice Klugman, a Hollywood writer and producer who was suffering from a rare disease and understood firsthand what was at stake.

Maurice sparked Klugman’s interest, and the two wrote an episode for Quincy about the problems around orphan drugs and rare cancers. The episode even detailed some of the political wrangling that was preventing the actual Drug Act from getting through Congress at the time.

Klugman’s influence was credited with being instrumental in its eventual passage that some politicians had fought. An Orphan Disease, by law, is one which effects fewer than 200,000 Americans. Mesothelioma, for example, is diagnosed in just 2,000 to 3,000 Americans each year. And until recent years, the treatment options were very limited.

Since 1983, the FDA has approved more than 300 drugs under the terms of the Orphan Drug Act.  More than 1,000 others still are under development. Included in clinical trials today under the Orphan Drug Act are amatuximab and BAY 94-9343, antibodies that target mesothelin, which is over expressed in several different cancers, including mesothelioma.

In 2011 Pinnacle Biologics won Orphan Drug status for PHOTOFRIN, which is part of the photodynamic therapy (PDT) process that has made strides in mesothelioma therapy.

One of the first drugs developed under the law was AZT, an early treatment for AIDS. Later in the ’80s, the law was expanded to include both chemical and biological drugs and other treatment options.

Klugman, in the late ’80s, was a victim of throat cancer, but he returned to both television and the stage to continue his career. Two of his best known hobbies were gambling and horse racing, and he often combined the two. One of the horses he owned, Jacklin Klugman, finished third in the Kentucky Derby and fourth the Preakness Stakes.