She may have found a winner this time.

Koczywas is the principal investigator in a phase II clinical trial for mesothelioma involving methoxyamine, a small molecule inhibitor drug designed to increase the effectiveness of chemotherapy.

“I am optimistic,” Koczywas told Asbestos.com. “There has been a real unmet need [with mesothelioma]. The idea is to be smarter than the cancer cells. We’re trying to reverse the resistance to chemotherapy. Yes, we are hopeful.”

Mesothelioma is a rare and aggressive cancer caused by exposure to asbestos. It is especially resistant to chemotherapy, which explains the typically grim prognosis of 6-18 months of survival from diagnosis.

Although a chemotherapy combination of pemetrexed and cisplatin has been effective initially with mesothelioma, it rarely can sustain effectiveness for very long. The cancer becomes immune to the chemotherapy and resumes spreading.

Methoxyamine is designed to prevent this immunity. The clear, water-soluble compound works by inhibiting a repair pathway that allows the cancer cells to fight off the chemotherapy.

“The idea is to attack the repair mechanism, block the way the cancer cell repairs itself,” Koczywas said. “I expect a lot of interest in this.” 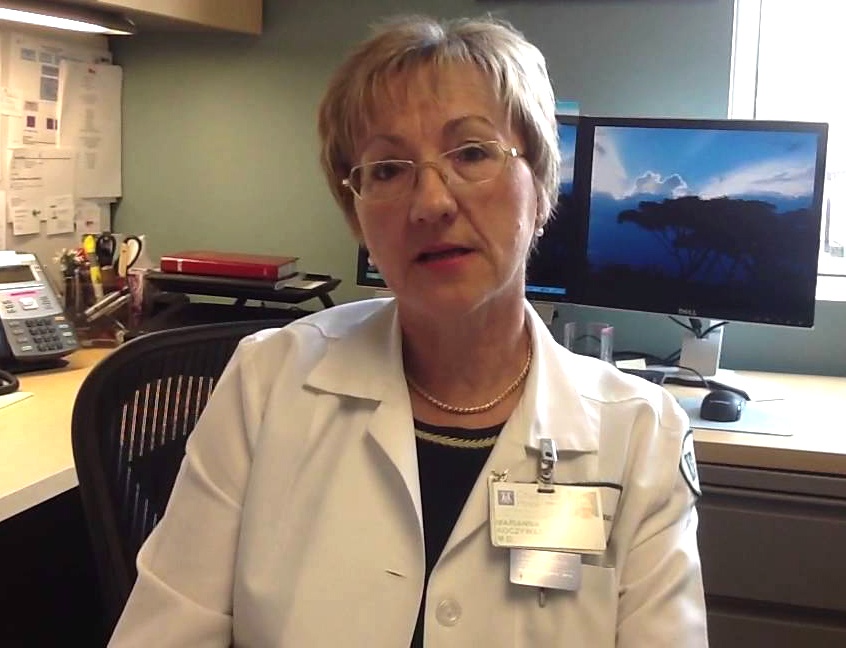 TRACON Pharmaceuticals is the clinical-stage drug company in San Diego that has developed TRC102, its version of methoxyamine. The clinical trial is sponsored by the National Cancer Institute (NCI).

The trial is now recruiting patients in several locations across the U.S., including:

Additional treatment centers in Houston, Cleveland and Chicago are expected to join the trial soon.

Patients in the trial will receive methoxyamine at the clinic for four consecutive days, along with pemetrexed. The course is repeated every 21 days, or until unacceptable toxicity or disease progression. The trial includes six courses of chemotherapy, although patients may continue indefinitely if a benefit is seen by the treating physician.

Working for Other Cancers

“TRC102 has shown promising data in multiple phase I trials, and we’re pleased the NCI has chosen to move forward into phase II testing,” Dr. Charles Theuer, president of TRACON, said in a company press release.

“Previous trials have shown that TRC102 can be safely combined with three separate chemotherapeutics,” he said. “This study is part of a broad development program that includes a number of additional planned studies.”

This clinical trial with TRC102 is one of five nationally involving methoxyamine, but one of more than 200 trials for mesothelioma.