Matt Mauney
Fact Checked
Our fact-checking process begins with a thorough review of all sources to ensure they are high quality. Then we cross-check the facts with original medical or scientific reports published by those sources, or we validate the facts with reputable news organizations, medical and scientific experts and other health experts. Each page includes all sources for full transparency.
Written By: Matt Mauney, Last modified: October 16, 2020 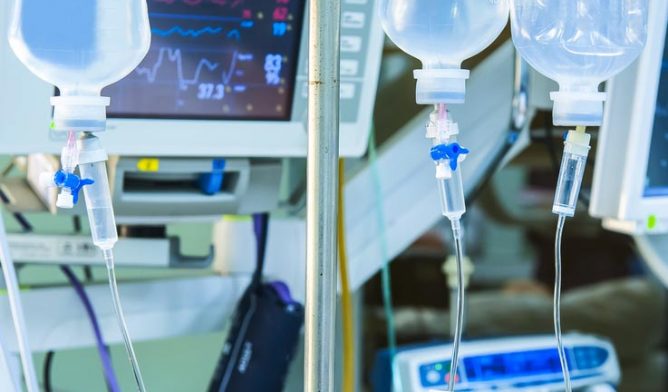 Not only did the findings show mesothelioma patients who have chemotherapy live longer, but it also proved multimodal therapy increases survival even more. The study is the first to evaluate population-based patterns for mesothelioma describing the impact of treatment on overall survival (OS).

“None of the previous studies considered chemotherapy usage in their analyses,” lead researcher Jennifer Lynn Beebe-Dimmer wrote in the study. “We also established that surgery is associated with improved OS, and that chemotherapy modified the effects of surgery.”

Medical oncologist Dr. Shirish Gadgeel, a member of the Human Investigation Committee at Wayne State, is the study’s senior author.

Chemotherapy kills cancer cells and reduces tumors, but the aggressive treatment carries some negative side effects such as hair loss and vomiting.

Although chemotherapy will not cure malignant mesothelioma, the Wayne State University study further validates its importance in treating the rare respiratory cancer.

The SEER data included 1,625 Medicare patients diagnosed with pleural or peritoneal mesothelioma. Nearly half of the group (44.7 percent) received some form of chemotherapy.

“Those receiving chemotherapy were significantly younger at time of diagnosis, white, married and living in higher education and income census tracts,” Beebe-Dimmer wrote.

Other Notable Findings for Chemotherapy Group

Cisplatin or carboplatin combined with pemetrexed was the most commonly prescribed regimen for first-line chemotherapy. Twenty-eight percent of patients received second-line therapies of the same combination or with gemcitabine.

In addition to being the first population-based study of treatment patterns for mesothelioma, it is one of the largest mesothelioma studies in terms of sample size, with more than 1,600 patients.

Because mesothelioma is a rare cancer diagnosed in approximately 3,000 people each year in the U.S., large studies are rare.

“Previous clinical trials of mesothelioma have included up to only a few hundred patients, typically derived from a single clinical center or a small geographic region,” Beebe-Dimmer wrote.

Three previous mesothelioma studies using SEER data only evaluated the impact surgery had on survival. Two of those studies showed surgery prolonged survival for patients with epithelioid histology, while the third examined the impact of surgery on race and found similar results among black and white patients.

Beebe-Dimmer noted that it is difficult to confidently attribute survival improvements to surgery itself because “healthier patients make better surgical candidates.”

For the SEER-Medicare study, the bulk of patients were diagnosed with malignant pleural mesothelioma. Roughly 30 percent of patients had epithelial histology with an American Joint Committee on Cancer (AJCC) stage IV diagnosis.

This is significant because stage IV is the most advanced stage of mesothelioma. By that stage, cancer has spread throughout the chest cavity and possibly to other organs, making potential curative surgery impossible.

Chemotherapy is the most common treatment option at stage IV, and while it will not cure the cancer, it can slow tumor growth and reduce the size of tumors in some cases, helping to alleviate symptoms and extend survival.

Linking the SEER system with Medicare data allowed researchers to find comorbidity, or the simultaneous presence of two chronic diseases in a patient, in the 12 months prior to the diagnosis of mesothelioma. This is the first known mesothelioma survival study to investigate prediagnostic comorbidity.

“Comorbidity is not only a predictor of which treatment is given to patients diagnosed with mesothelioma, but it is also a predictor of survival as well,” Beebe-Dimmer wrote.

Inconsistencies with the SEER-Medicare Study

The study notes there is a lack of published population-based data describing routine treatment patterns for mesothelioma patients. That’s is why SEER-Medicare data focuses on initial therapies of newly diagnosed mesothelioma and related OS among patients 66 years and older.

Because of its median latency period of 35 to 45 years, most people diagnosed with mesothelioma and other asbestos-related diseases are in their 60s or 70s.

Researchers said these findings should be interpreted cautiously because the observational nature of the study makes it difficult to attribute differences in survival to regimen alone.

Another limitation of the SEER-Medicare database is that chemotherapy dose is not completely captured from claims, making it difficult to determine an increase in dosage for any of the chemotherapy regimens.

“Likewise, retreatment with the same agent as opposed to maintenance treatment can only be established by looking at patterns of therapy, particularly examining duration of time between administrations of chemotherapy agents and comparing these patterns to current evidence-based guidelines on the standard of care of patients diagnosed with mesothelioma,” Beebe-Dimmer wrote.