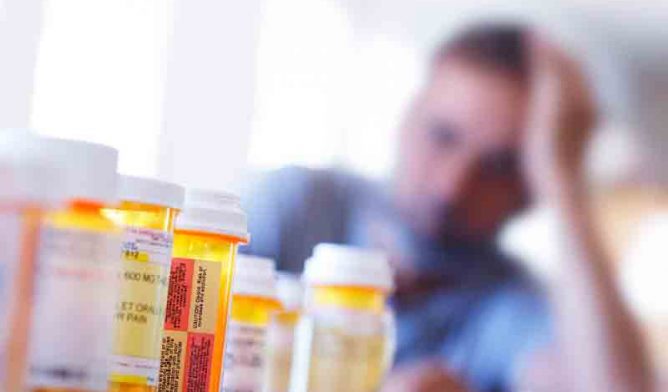 Switching from one prescription opioid to another often solves the problem of debilitating side effects or inadequate pain relief, according to a recent study involving a wide range of cancer patients.

Opioids are not all the same. And neither are those they are helping.

Despite the increasing government restrictions and the frenzy over potential abuse, opioids can be a lifesaver for a mesothelioma patient finding the right fit.

“I’ve been through both sides of that switching issue,” said Tim Crisler, a 16-year pleural mesothelioma survivor told The Mesothelioma Center at Asbestos.com. “It worked great for me once, but it didn’t work very well for me the last time.”

Supportive Care in Cancer published the multicenter study about opioid switching in October. It involved 498 cancer patients in Italy.

Switching Worked for Many

All patients experienced moderate to severe pain related to a cancer and took one of four opioid options: Morphine, oxycodone, fentanyl or buprenorphine.

Almost one-fourth of those patients had cancer in the lungs or the pleura, which included patients with pleural mesothelioma.

“Opioid switching makes available a better pain relief, or adverse reactions control, in about 50 percent of patients who are not doing well,” study authors wrote. “We must therefore conclude that the switch can help in the management of some clinical cases.”

Oscar Corli of Mario Negri Institute for Pharmacological Research in Milan, Italy, was the lead author.

Previous reports have shown that switching opioids results in adequate pain control in 50 to 90 percent of the cancer cases, but the burden of toxic reactions often limits the practice.

The issue has been debated for years in the medical community.

The study also reported a wide disparity in opioid-induced toxicity among patients.

“Everyone does not respond the same to each of the opioids,” McMenamin said. “Some patients don’t respond to certain medications, or require a much higher dose than others in order to obtain pain relief. Others experience side effects that limit the ability to escalate the dose to obtain adequate pain control.”

Crisler, who lives north of Atlanta, has seen the pros and cons of switching opioids. His pain problems stem partly from nerve damage sustained during his extrapleural pneumonectomy in 2002.

After struggling with post-surgery pain management for several years, Crisler switched to fentanyl, a powerful synthetic opioid that worked especially well for him.

Fentanyl allowed him to live a relatively normal life, helping him serve as a shining, post-surgery success story for Dr. David Sugarbaker, his doctor at Brigham and Women’s Hospital in 2002.

Crisler’s motorcycle trips across the country often made him forget he ever had the disease. He was one of the very few pleural mesothelioma patients who lived more than 10 years after diagnosis.

“Fentanyl became the drug we settled on because it worked so well for me,” he said. “It was no problem, low dose, and no side effects. It worked great for me.”

Unfortunately, government regulations started changing, reducing his ability to obtain it. His doctor came under pressure to reduce his ability to get it. The cost became prohibitive for Crisler.

Early in 2017, he was switched to another opioid, changing his life significantly for the worse.

The pain control has diminished considerably. The side effects have been almost crippling at times.

His once-active lifestyle has disappeared. His motorcycle sits in the carport collecting dust.

The mesothelioma never returned, but the pain has risen considerably.

“No doctor is going to risk losing his license to give me what I need,” he said. “Now I fear living a long, screaming life. I’d switch back in a heartbeat if I could.”

©2021 by Asbestos.com and The Mesothelioma Center. All rights reserved. | Last Modified April 5, 2021