Tremelimumab — which has no brand name yet — has not been approved by the U.S. Food and Drug Administration (FDA) to treat any cancer or disease.

Orphan designation does not mean the drug is safe or effective. It also does not guarantee FDA approval.

Clinical trials began testing tremelimumab on mesothelioma in 2013. So far, research has proven the drug helps some people with mesothelioma.

Research is ongoing to determine which mesothelioma patients may benefit the most from this drug. It might be most effective when combined with other immunotherapy drugs.

In 2017, mesothelioma survivor and Navy veteran Jim McWhorter joined a clinical trial testing tremelimumab and durvalumab, another immunotherapy drug. He initially responded quite well. The drugs stopped his tumor growth for months. Eventually, the cancer returned and McWhorter had to leave that trial in search of other options to control his cancer.

In 2021, a clinical research study followed up with mesothelioma patients four years after they received tremelimumab and durvalumab. 20% of patients were alive at 36 months, and 15% of patients survived for 48 months or longer. The results led the researchers to conclude that the treatment combination was associated with long-term survival.

Clinical trials of tremelimumab have shown it may help control several different types of cancer including lung cancer and mesothelioma. But these trials have yet to provide impressive enough results to warrant an FDA approval.

New clinical trials are testing it in combination with several anti-cancer drugs with the hope of finding a magic combination.

Tremelimumab has been tested on a variety of cancers including mesothelioma, lung cancer, melanoma, liver cancer, bladder cancer and head and neck cancer. 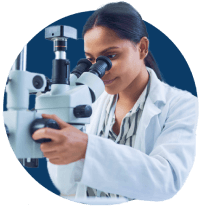 How Does Tremelimumab Work?

Tremelimumab is a human antibody that helps the immune system fight cancer.

Antibodies are proteins in the immune system that recognize and attack foreign invaders such as bacteria, viruses and cancer cells.

Tremelimumab is considered an immune checkpoint blocker because it blocks a protein called CTLA-4, which deactivates killer T cells.

By blocking CTLA-4, tremelimumab activates killer T cells so they can get to work fighting cancer.

Tremelimumab may help people live longer with mesothelioma, but the drug may also cause side effects. The side effects range from mild to severe.

Common side effects include:

People see immunotherapy as a more natural approach to fighting cancer because it activates the immune system, but this does not mean serious side effects aren’t a possibility.

Research in mesothelioma patients shows tremelimumab has the potential to cause life-threatening side effects. These more serious side effects include holes in the intestines, obstruction of the small intestine, inflammation of the colon and skin ulcers.

Call your doctor right away if you notice any mild or serious side effects. Don’t try to tough it out, even with mild side effects.

There are therapies and medications to treat every side effect. Immediate treatment of side effects helps keep them in control.

In early 2023, the world-class Hospital of the University of Pennsylvania will open a groundbreaking clinical trial for mesothelioma patients utilizing a next-generation…
Tim Povtak
10/05/2022

Research on Tremelimumab in Mesothelioma Treatment

Several landmark trials have shown tremelimumab can stop mesothelioma tumors from growing for periods of time.

The problem is tremelimumab seems to work well for only a little while. The drug usually stops cancer growth for several months before it stops working altogether, a reason why it hasn’t been FDA approved to treat mesothelioma.

Initial studies of the drug produced impressive results that haven’t been replicated in larger clinical trials.

For example, two small Italian studies reported tremelimumab stopped cancer growth in about half of the mesothelioma participants. Around half of the patients lived at least a year in both studies. Nearly 37 percent of participants survived at least two years in one of the studies.

The largest study to date of tremelimumab in mesothelioma patients did not reach its goal of extending overall survival.

AstraZeneca stopped the trial in 2016 when they realized it was not working well enough. This study used the drug alone rather than in combination with other drugs.

Researchers suggested more trials that combine drugs are necessary to see how well tremelimumab may work against mesothelioma.

That research is underway at several U.S. mesothelioma specialty centers and internationally.

The jury is still out on whether tremelimumab will prove to be an effective mesothelioma treatment.

This optimistic outcome has researchers hopeful for similar results for mesothelioma patients.