The five major federal asbestos statutes and regulations that may be delegated to states include:

State asbestos litigation laws define the legal rights of individuals who develop a related disease as a result of asbestos exposure. These laws also define who can file a mesothelioma lawsuit, when they can file and how punitive damages may be awarded.

Learn About Your Mesothelioma Compensation Options

What is you or your loved one’s diagnosis?

Only a qualified attorney can determine if you are eligible and help you seek the mesothelioma compensation you deserve.

Choose the types of compensation you’d like help pursuing.

Only a qualified attorney can determine if you are eligible and help you seek the mesothelioma compensation you deserve.

California law seeks to reduce asbestos exposure among California residents. In 2007, lawmakers approved changes to Title 8, which requires employers to take specific steps to minimize asbestos exposure and to document any exposure that occurs. The law also requires school systems to retain abatement records for 30 years.

New York has developed a significant body of asbestos law. U.S. asbestos manufacturing began in New York in the mid-1800s, which led to many workers developing related diseases. New York has implemented laws to reduce asbestos exposure among residents and to ensure those who develop related diseases can seek compensation through the court system.

Pennsylvania once was one of the top five U.S. states for asbestos litigation. Lawmakers chose to let the courts manage these cases, and a set of procedures was set up to deal with the cases. The procedures address case management, physical impairment, punitive damages and successor liability. Many asbestos claims continue to be filed in Pennsylvania.

Texas led the country in the number of asbestos claims filed between 1998 and 2000. Thereafter, the state enacted legislation to limit asbestos claims in 1997 and 2003. In 2005, it passed more detailed and sweeping laws to get cases moved through the docket faster.

By the year 2000, Ohio was one of five states that made up more than 66% of nationwide asbestos legal claims. Thereafter, Ohio lawmakers introduced restrictions such as requiring certain medical criteria for victims and other changes that helped companies that are sued for asbestos claims.

Learn More About Asbestos Laws and Law Firms in Ohio

Florida lawmakers aimed to reduce asbestos lawsuits by adopting the Asbestos and Silica Compensation Fairness Act in 2005. The law requires asbestos plaintiffs to have better evidence when the lawsuit is filed.

Learn More About Asbestos Laws and Law Firms in Florida

In 2005, Georgia added new filing requirements for asbestos and mesothelioma plaintiffs, requiring specific documentation of exposure. The results were almost instant. One judge, Fulton County State Court Judge Henry Newkirk, saw his asbestos caseload drop from 1,200 to 12 in one year.

Learn More About Laws and Law Firms in Georgia

Asbestos Laws in Other States 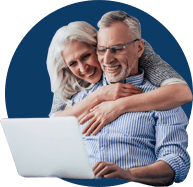 Learn What To Expect After Filing A Mesothelioma Claim
Get an inside look at the mesothelioma claims process in this free webinar.
Sign Up Now

Some states limit claims of plaintiffs who do not yet have physical or functional impairments to reduce the number of active asbestos cases. These laws usually require claimants to satisfy minimum medical criteria to proceed with their lawsuits.

Claimants are required to provide different types of evidence, such as medical records or pathology reports, based on the severity of the disease alleged. Evidence must certify that asbestos exposure was a substantial factor in the development of the disease.

Some states have passed measures that allow asbestos claimants with severe impairments, such as a mesothelioma diagnosis, to receive scheduling preferences for their trials.

Some courts have tried to expedite cases and encourage settlements, joining asbestos cases with dissimilar claims for trial (for example, mesothelioma claims and claims from plaintiffs with no physical impairments).

Some states fear that these efforts produce more lawsuits. As a result, these states require all lawsuit parties to agree before allowing courts to join multiple claims for a single trial.

Large case awards sometimes attract out-of-state claimants to a jurisdiction. Some of these jurisdictions have adopted forum shopping laws to limit claims by plaintiffs who reside or were exposed to asbestos in other states.

These laws are intended to prevent plaintiffs with no connection to a state from clogging court dockets.

A “premises owner” is generally defined as any person or business that owns, controls or leases a building or piece of land. Premises liability laws clarify whether an owner is liable for injuries to an individual resulting from asbestos exposure on the property.

For instance, if a law presumes that a premise owner maintained safe levels of asbestos exposure, a plaintiff may be allowed to provide evidence that the owner knew or should have known that asbestos levels exceeded certain limits.

States that adopted tort reform legislation often adopted state-specific versions of these laws. That is why it is important to work with a knowledgeable mesothelioma attorney who can give you specific advice about state asbestos laws.

Many states have not passed any asbestos tort reform legislation. Instead, their courts are left to decide whether they need measures to control asbestos litigation. In some states, such as Pennsylvania, Maryland and New York, only the most active courts have adopted court rules and procedures to manage asbestos cases.

Each state has at least one law on its books that impacts the legal rights of people who have asbestos-related diseases. These statutes of limitation limit the amount of time a claimant has to bring a personal injury or wrongful death claim.

Speak to an experienced asbestos law firm to learn the time constraints applicable to your case and whether you can still file a claim.

Past Asbestos Testing on Inmates Could Affect J&J Talc Lawsuits

The number of asbestos lawsuits will continue to influence state laws and court rules that shape how cases are managed. Lawsuit volume and the amount of compensation available to asbestos claimants may even renew future interest in passing federal asbestos legislation.