Filing an Asbestos Claim in Alabama

While Alabama courts have issued a few substantial verdicts for asbestos plaintiffs, state courts have a history of ruling mostly in favor of asbestos defendants. For this reason, many people in Alabama who develop mesothelioma choose to file their claim in another state when they have the option to do so.

Workers in Alabama who develop asbestos-related illnesses may be eligible to file a personal injury claim, and those who lost a loved one to an asbestos disease may qualify to file a wrongful death claim.

Alabama residents have been exposed in cities of all sizes, including Anniston, Athens, Birmingham, Huntsville, Mobile and Tuscaloosa. Veterans in Alabama were exposed at military bases such as Fort McClellan, Fort Rucker and Maxwell Air Force Base.

The statute of limitations to file an asbestos lawsuit in Alabama is two years from the date of diagnosis for both personal injury claims and wrongful death claims. However, Alabama law does have some complexity depending on when a person was exposed to asbestos. This does not necessarily mean you cannot file a claim, but it does mean that you want to work with a competent mesothelioma law firm that understands the law and can overcome these complexities. 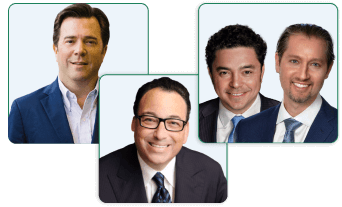 Find a Mesothelioma Attorney in Alabama
Get help finding an attorney who knows the process and can get you and your family the compensation you deserve.
Get Help Now

There is one primary area of naturally occurring asbestos in Alabama, located around LaFayette, which is north of Auburn, Alabama. The area contains several asbestos mine prospects that were never commercially mined.

Alabama residents should consider working with a national mesothelioma law firm. Few asbestos plaintiffs with an option of various states in which to file their claim choose to file their claim in Alabama because of the state’s laws. National firms are licensed to practice throughout the U.S., which means they can file your claim in the best state or jurisdiction for your individual claim.

One of the benefits of working with a national law firm is their willingness to travel to you. They understand their clients are not in the best position to travel because of a cancer diagnosis, and they usually don’t charge for travel to the initial meeting.

In 2022, Weitz & Luxenburg secured $43 million for a mesothelioma patient after a jury found Algoma Hardwoods, Inc. responsible for asbestos exposure.

Alabama has a mix of state and federal asbestos laws that regulate asbestos and prevent exposure of residents.

The Alabama Department of Environmental Management oversees and licenses asbestos abatement workers and projects in the state. It also manages the Alabama Asbestos Contractor Accreditation Program. It contains an air division that regulates asbestos air quality in the state.

Learn More About Asbestos Laws in Other States

An Alabama mesothelioma attorney at a national law firm has the experience and reach to handle your claim. They have the expertise to help you understand how these laws may apply to your case and whether you should and are able to file your claim in another jurisdiction.

Alabama courts have issued several rulings that set it apart from most other states when it comes to asbestos litigation.

Alabama is among the states that hold companies responsible for asbestos-related diseases that develop through secondhand exposure to asbestos. Commonly referred to as a “take-home duty,” Alabama courts have held companies responsible when workers take asbestos home on their clothes and unintentionally expose those they live with.

Alabama has a two-year statute of limitations for asbestos claims, including personal injury and wrongful death claims. Depending on the year a person was exposed to asbestos, however, this two-year time frame may not apply. Talk to an experienced mesothelioma attorney to understand how the statute of limitations in Alabama applies to you.

Alabama is also a state that employs a contributory negligence doctrine. This allows asbestos defendants to argue that an asbestos plaintiff was partially responsible for the asbestos exposure, and if successful, potentially avoid liability for the plaintiff’s disease. Because of these laws and limitations, Alabama residents diagnosed with asbestos-related diseases often choose to file their claim in another state when they can do so. National mesothelioma lawyers can help Alabama residents file claims in states and jurisdictions that are better suited for their case.