Peritoneal mesothelioma taught Isabel De La Camara how to live a fuller and happier life — a lesson she has joyfully passed to her three children.

Be bold. Be grateful. Be you.

And have no regrets.

Eight years and five surgeries after her original peritoneal mesothelioma diagnosis, De La Camara continues churning through life today as a mesothelioma survivor, a little weaker and more fragile but defiant and more determined than ever.

“It’s kind of crazy, but this cancer made me live my life better. It pushed me to enjoy my life more, to live every moment like it’s your last,” she said. “I’ve done that. I tell people enjoy today because tomorrow is not guaranteed for anyone.”

De La Camara, 48, lives now in Central Florida. She believes the mesothelioma stems from 30 years ago when she worked at a factory in Puerto Rico that repaired old boat propellers and engine parts.

Exposure to asbestos dust was common there, yet no one seemed concerned, and no one understood the consequences that asbestos causes cancer.

Her father, who had worked there years before, died of lung cancer at age 45. He left behind a daughter who never backed down from a fight.

“He is alive in everything he taught me,” she said. “He was my mentor, my inspiration. He fought until the end.”

‘There Are No Tears Here’

She was told originally told it was ovarian cancer. But after the operation, the surgeon said he had never seen anything like what he found inside her. A pathology report confirmed his worst fears. It was peritoneal mesothelioma, and the tumors had metastasized.

“I’m on borrowed time. I know that. For eight years, people have been waiting for me to die, but there are no tears here. I don’t allow it. If you cry around me, I’m going to want to smack you,” she said. “I’m very Catholic, and I think a lot of this is mind over matter.”

She knew the prognosis was two years at best, and she also knew that at age 40 it was too soon to quit. She made a bucket list of things before it was over.

At the top of the list: Ending a bad marriage. She took the kids in the middle of the night, walked away from an otherwise comfortable life and ventured into the unknown. They left for Europe. It was something she always wanted to do. 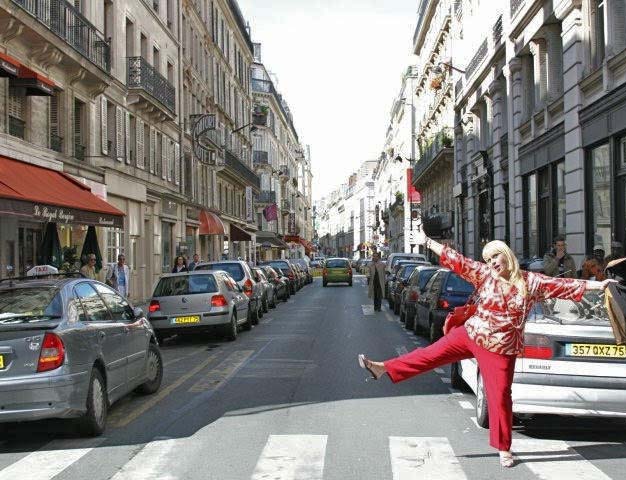 “People thought I was crazy, but life is too short to wait around for something to happen. It was about cutting out the stress,” she said. “I wanted to be the CEO of my own life, and make my own decisions.”

Cherishing Moments with Family & Giving Back

De La Camara returned to teach theology at the private school where her children attended. She opened up a nonprofit sharing center to help the less fortunate. And her children worked alongside her.

“Helping others didn’t leave me any time to worry about my own problems. And that was good,” she said. “I don’t even like saying the word mesothelioma. I don’t like saying cancer, either. I see all the paperwork. I feel it every day, but I don’t want to own it. Ever.”

She has enjoyed the holidays and the special days more than she ever did when she was healthy. Graduations, proms, birthdays — days with the children she thought she might never see — are cherished dearly.

Although she’s been in and out of hospitals and medical centers too many times, she rarely dwells on those stops. In order to surgically remove the tumors that keep returning, De La Camara lost part of her pancreas, lower intestines, ovaries, and just about everything else that she can live without.

With each surgery, she immediately asks about leaving. Her impatience often grates on the nurses and doctors trying to care for her.

“I’m a terrible patient — the patient from hell,” she said. “I was so bad once they had to put an alarm on my bed, and they tried to lock me in. I just hate being there. They found me once on the side of the bed on my knees trying to get out. I told them I was praying.”

From Using a Walker to Slipping on Heels for Dancing

She still has good days and bad days, rarely staying home like the doctor orders. De La Camara is using a walker one day, then slipping on high heels and dancing the next day.

Recently, she attended a Bruno Mars concert, but nearly collapsed from exhaustion by the end. Only the wall held her up. Even when she doesn’t feel well, she insists on dressing up, wearing jewelry and makeup.

De La Camara doesn’t like when her children, who are 20, 17 and 16 now, see her feeling poorly, which she often does but rarely admits. She hides it well.

“Some days are hard for me, but I still try to enjoy those days, every minute, every encounter I have,” she said. “You never know when you’re seeing someone for the last time, so you want to leave it positive.”

She moved to Daytona Beach with her fiancé and her children, wanting to look out at the ocean every day, checking off another bucket-list item. She watched the sunrises each morning and swam in the ocean after dark. He got her a BMW convertible to drive, something she always wanted to do.

“People with mesothelioma aren’t supposed to last this long. She’s my miracle girl,” said her fiancé, Michael Kelly. “Sometimes, you wonder how it’s possible, but she’s such a good person, such a positive person. I’m sure that has something to do with it.”

Staying Positive When the News Isn’t

Her latest checkup and CT scan were not good. New tumors were found. They had moved from the abdominal cavity to the chest cavity, where they are harder to control. When the doctor broke the news, he averted looking at her as he spoke, almost breaking down.

She is talking now about going to Europe for treatment that includes intraoperative, heated chemotherapy, but nothing has been finalized.

“I want to make it through another surgery and reach the 10-year mark,” she said. “My future is going to be happy, and every day will be an adventure. And I’ll enjoy life as much as I possibly can.”