It takes tens of thousands of employees to run America’s chemical plants, and in many cases, these workers put their lives on the line each day. Working in a chemical production facility can be quite dangerous.

A simple glance at a chemical plant, with its gleaming tanks and hissing smokestacks, makes it clear that working at such a location brings with it many hazards, including the potential for inhaling toxic fumes and the possibility of fires or explosions that cause serious injury and even death.

In decades past, chemical plant workers were regularly exposed to toxic asbestos materials. From the 1940s through the end of the 1970s, asbestos was considered one of the best insulators available on the market.

It was highly resistant to heat and fire and was often used to line high-temperature equipment such as ovens, tanks, pipes, boilers and pumps.

Asbestos also lined workbenches and tables and was even found in the clothing chemical workers wore to protect themselves from burns and fire. Some employees may have even donned asbestos-containing face masks.

Asbestos was used so frequently in industrial settings due to its low cost. Even when doctors began warning of cancer and other risks of exposure to the mineral as early as the 1930s, owners of chemical plants continued using it, even though safer, but more expensive, insulation materials were available at that time.

Old asbestos materials remain in many chemical plants throughout the U.S. and continue to pose an exposure threat to chemical plant workers and those who live nearby. For example, in February 2020, an investigation revealed asbestos-contaminated debris traveled 12 miles from a chemical plant explosion in Port Neches, Texas, which occurred on November 27, 2019. The investigation found company officials waited seven hours to alert county officials of the asbestos exposure hazard.

Asbestos is especially toxic when it is cut, ground, sawed or simply worn or damaged because of age or overuse. When crumbling or broken, asbestos releases tiny fibers into the air. Anyone working close by is likely to ingest or inhale the fibers. Exposure can cause some people to develop a rare cancer known as mesothelioma.

In many cases, plant owners were warned of asbestos hazards, especially by company doctors who observed signs of pulmonary distress in workers who encountered asbestos regularly.

These diseases were documented through the years by the employees who sought financial restitution through lawsuits and asbestos trust claims.

Some of the top chemical plants in the United States – Dow, DuPont, Georgia Pacific and Chevron Phillips, to name a few – have histories as defendants against former employees and their family members.

Quick Fact:
In some cases, plants took no precautions to protect workers from the dangers of airborne asbestos or inform the workers of these hazards. This negligence resulted in generations of chemical plant workers developing asbestos-related diseases and other lung conditions.

Based in Midland, Mich., Dow exposed many workers to asbestos-containing materials and asbestos lining for high-temperature equipment used in its plants.

Employees who worked with this equipment were often issued protective gear made of asbestos cloth, which was believed to protect workers from burns and other heat-related hazards.

One class-action lawsuit from the 1990s was filed by 8,000 plaintiffs and involved 259 defendant corporations, including Dow. Dow was the only company in the 1990 suit that did not settle out of court.

More recently, the family of a deceased worker at the company’s plant in Michigan was awarded $9 million from Dow and co-defendant Alcoa. A lawyer for the plaintiffs verified that the deceased worker had been exposed to asbestos while employed at Dow Chemical, and years later developed asbestos cancer and that Dow was aware of the cancer risks associated with asbestos at the time it was being used.

Through the years, tens of thousands of DuPont workers were exposed to a variety of toxins on the job, including asbestos, which was used to insulate high-temperature equipment and machinery in the plant.

Asbestos was also found in clothing that was distributed to workers to protect them from burns and other injuries.

DuPont knew that asbestos was toxic when a representative of the company admitted as much when he testified in a 2010 deposition in an asbestos lawsuit filed in New Jersey. It was only one of many asbestos lawsuits concerning DuPont.

From the 1930s until the end of the 1970s, workers in Georgia-Pacific chemical plants and other facilities faced plenty of asbestos exposures from wallboard, finishing ceilings, insulation and machine parts.

During the late 1970s, Georgia-Pacific began facing a significant number of any lawsuits filed by employees as well as others who used their asbestos-containing products. The company was a defendant in 269,700 asbestos lawsuits, which includes settled, dismissed and pending cases.

Georgia-Pacific has since decided to increase its asbestos defense reserve by $109 million, which amounts to approximately $11 million per year through 2014 before tax benefits.

Located on the Houston Ship Channel in Texas, the Chevron Phillips Pasadena Plastics Complex consists of three plants that manufacture a variety of plastics and resins.

Anyone who worked at the Pasadena Chevron Phillips plant while asbestos materials were in use – primarily the 1940s through the 1970s – is thought to be at risk of exposure to toxic asbestos fibers.

Furthermore, those who worked at the plant in later years, as well as those who lived in the community, were exposed to an abundance of airborne asbestos materials when explosions occurred at the plant.

Asbestos insulation could be found in the pipes, ovens, furnaces, tanks, pumps, heat exchangers and reactors in Chevron plants. Asbestos was known to be one of the best insulators available, so its use made sense in a facility full of boiling chemicals and hot equipment.

Additionally, asbestos could be found in the protective clothing that chemical plant workers were often asked to wear to prevent burns and other injuries. Often, this clothing was made from woven asbestos cloth and asbestos textiles.

An article in a 1991 issue of Construction Dimensions cited a 1989 explosion that “blanketed” the area with transite, an asbestos-containing siding material. The company responsible for the cleanup dispatched 150 workers to the site to pick up what they described as “a smorgasbord of debris.”

As was true with the World Trade Center attacks in 2001, the debris left behind by this explosion presented a hazard to not only Chevron Phillips workers but also to first responders, contract employees and residents of the area.

LyondellBasell is the third-largest independent chemical company in the world, with 58 manufacturing sites in 18 countries on five of the seven continents with 14,000 employees worldwide.

The company was founded as a result of the merger of the two companies that form its name Lyondell and Basell and is now based in the Netherlands. The bulk of U.S. operations, however, are located in Texas.

LyondellBasell used asbestos regularly for insulation, especially from around 1940 until the late 1970s.

This insulation, which helped prevent dangerous fires and deadly explosions, lined equipment such as steam pipes, pumps, boilers, generators, furnaces and reactors, and may have been used in protective clothing issued to employees who worked with hot liquids and were at risk for burns.

Today, LyondellBasell stresses sustainability and notes that it recognizes its responsibilities to the communities that surround its plants and refineries.

Built in 1947 as the Victor Chemical Works and purchased by Stauffer in 1959, the Stauffer Chemical Plant was located on the Gulf Coast of Florida and remained in operation until 1981.

All of the plant’s structures were demolished and removed by 2010. During its operation, more than 500,000 tons of chemical process wastes and other debris, including massive amounts of raw, fibrous asbestos, was deposited on-site.

In addition, Stauffer used asbestos in a number of different applications, but mostly as a form of insulation for machinery and equipment that operated at very high temperatures. Many of the asbestos materials used during the plant’s operation have still not been accounted for, which has affected the health of many in the area.

The material may have also been found in gaskets, on machine brakes and other friction parts, and in clothing that employees were made to wear in order to protect them from fire and burns. 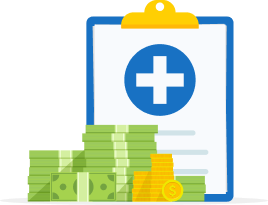 Thompson-Hayward, based in Louisiana, was known to distribute various grades of chrysotile asbestos, one type of asbestos fiber, throughout the United States on behalf of Carey-Canadian Mines of Quebec. This distribution of asbestos continued for 20 years from 1960 to 1980.

The company also maintained an asbestos warehouse in Indianapolis. Hence, anyone who worked in conjunction with the distribution of asbestos was also exposed to the material on a regular basis.

During the heyday of Thompson-Hayward Chemicals, the company was wreaking havoc on the health of people living near the plant, as well as on the workers employed inside the plant.

Toxic substances were everywhere, including dangerous chemicals and also the carcinogenic mineral asbestos, which was used to insulate equipment found inside the chemical plant. Equipment insulated with asbestos may have included tanks, reactors, heat exchangers, ovens and more.

A producer of performance adhesives, binding and bonding resins, UV-curable coatings and the chemical formaldehyde, Borden Chemical Company is based in Columbus, Ohio.

Workers at Borden Chemical plants were subject to harm caused by toxic asbestos, which was used to curb fires and explosions but was also making workers sick. Asbestos was found in protective clothing and garments worn by plant workers and was also used to insulate equipment.

Aside from being used as an insulation material in ovens, furnaces and other equipment, asbestos was used as a diaphragm in electrolytic cells used at the plant.

Discarded asbestos was buried in an on-pit site near the plant, as reported by the Oregon Department of Environmental Quality (DEQ). The buried asbestos was removed in 1992 under the watchful eye of the DEQ and was eventually taken off-site and disposed. 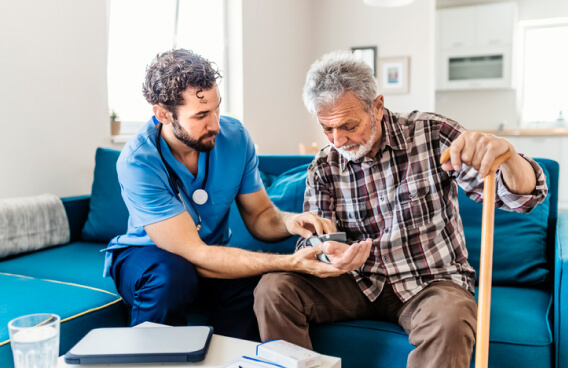