For millions of Australian parents, the biggest concern when sending their children off to school is what to pack in their lunchbox.

This is hardly surprising, given their perception that schools are a safe place for children.

Unfortunately, this could not be further from the truth. Many children are at risk of exposure to asbestos in aging school buildings.

A recent audit of Australian schools revealed most contain some form of asbestos. In the southeastern state of Victoria alone, only 39 of the 1,440 state schools audited — or 3 percent — passed the test.

All schools containing asbestos are ticking time bombs. Any damage caused by aging, the elements or human intervention can release deadly asbestos fibers. Inhaling or swallowing these fibers can result in mesothelioma and other asbestos-related diseases many years after the initial exposure.

Dangers of Asbestos to Children

Prior to a nationwide ban on asbestos building products in the late 1980s, the toxic mineral was used in the construction of 1 in 3 Australian buildings.

Across the country, thousands of these asbestos-containing buildings are still standing, including a large number of schools.

According to the United Kingdom’s Committee on Carcinogenicity, children are far more vulnerable to asbestos exposure compared to adults.

Children are readily exposed to areas where asbestos is commonly found in schools such as damaged floor tiles, wall boards, drywall, air conditioning and chipped paint. Because a child’s lungs are still developing, children breathe more rapidly, making them an easy target for a number of lung diseases caused by asbestos.

Additionally, a child’s playfulness or behavior can damage asbestos-containing materials — kicking or throwing balls against classroom walls and ceilings, slamming doors, hitting tacks or nails into walls as part of displays. 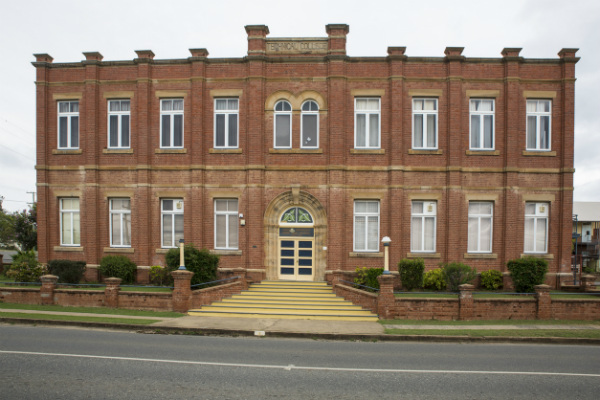 State governments in Australia require schools to have an asbestos management plan (AMP) in accordance with the federal Work, Health and Safety Act 2011. All of the plans have the same goal: To minimize risk of asbestos exposure to students, teachers and others who may visit the properties.

Accordingly, all areas found to be contaminated with asbestos must be labeled and fenced off to inhibit disturbance. Once asbestos is detected, all children must be prohibited from entering the area, which must then be sealed to prevent asbestos fibers from escaping into the atmosphere.

The AMP must be maintained, updated and accessible to parents, teachers and other faculty members. Any procedure involving asbestos must be undertaken by abatement professionals, who are highly trained in the safe removal of asbestos.

However, compliance of the legislation is low, and asbestos continues to be an issue in U.S. schools.

The Victorian Government has initiated an asbestos removal plan and vowed to rid schools of asbestos by 2020.

The plan came after a statewide audit in March 2016 — the largest in the state’s history — revealed the extent of asbestos contamination in Victorian schools. Of the 1,712 government schools involved in the audit, 497 were found to contain high-risk asbestos.

The government has committed $100 million to an asbestos removal plan, incorporating the prompt replacement of 30 older buildings containing asbestos with permanent modular buildings.

Another $42 million, provided by the 2015-16 State Budget, was used to extend the program to the next phase, involving replacing 200 of 780 relocatable classrooms contaminated with high amounts of asbestos.

With all high-risk asbestos now removed, the Victorian Government is concentrating on the removal of other materials which may pose a health risk to students and teachers in the future. Currently, 119 schools are scheduled to be cleared of asbestos by June 30, 2018.

In accordance with Victoria’s Occupational Health and Safety agenda, asbestos management within the schools is governed by a strict set of legislative and compliance requirements.

To ensure all Victorian schools are safe, school principals are provided with a School Asbestos Management Plan and are held responsible for the safe management of asbestos in their school.