Written By:
Tim Povtak
Fact Checked
Fact Checked
Our fact-checking process begins with a thorough review of all sources to ensure they are high quality. Then we cross-check the facts with original medical or scientific reports published by those sources, or we validate the facts with reputable news organizations, medical and scientific experts and other health experts. Each page includes all sources for full transparency.
Reviewed
Written By: Tim Povtak,
September 10, 2018

John Feal believes more people will die from illnesses related to 9/11 than from the terrorist attack at the World Trade Center.

He should know. He’s a first responder who witnesses it every day. And he is not alone in his belief.

Feal, a longtime advocate for Sept. 11 survivors and those dying from diseases related to the terrorist attacks, will again host the annual naming ceremony at the 9/11 Responders Remembered Park in Smithtown, Long Island.

Each year he reads the names of those who have died within the past year.

And each year, the list is longer than the last. On the 17th anniversary of the terrorist attacks, Feal will read a total of 177 names — pushing the total of those who died from 9/11-related diseases past the 2,000 mark.

“I’m sticking with my original prediction, that by the 20th anniversary, the number of those dying in the aftermath [from 9/11-related diseases] is going to exceed the original death toll,” Feal told Asbestos.com. “Every year now, the numbers grow. This isn’t going to end anytime soon.”

Continued Suffering Is Not a Surprise

Deaths and illnesses related to 9/11 have continued to climb, in part, because of the longer latency period associated with many of the diseases engulfing victims.

According to the World Trade Center Health Registry, the toxic cloud created by the collapse of the twin towers exposed an estimated 410,000 people to 400 tons of pulverized concrete, glass and asbestos, which causes mesothelioma, as well as poisonous gases and other dangerous substances.

“This was kind of a no-brainer, just common sense. If you expose people to things that you know cause cancer — which these do — over time, they’re going to get cancer,” thoracic surgeon Dr. Raja Flores of New York’s Mount Sinai Medical Center told Asbestos.com. “Sadly, this is what we anticipated, expected.”

The World Trade Center Health Program, which launched in 2011 to treat those living with any post-9/11 health problems, has enrolled close to 90,000 people.

Responders, such as emergency responders, recovery and cleanup workers, and volunteers who helped, and survivors, including those who lived, worked or attended schools in the area, are among the participants.

The program covers mental health conditions, disorders related to digestion and breathing, trauma-related injuries and more than 60 cancers — including mesothelioma — linked to the toxic mess that lingered in the area.

Almost 10,000 of those registered with the World Trade Center Health Program are diagnosed with at least one of the 9/11-related cancers today. The top 10 cancers covered by the program are non-melanoma of the skin, prostate, melanoma of the skin, thyroid, breast, lymphoma, lung, kidney, leukemia and colon cancers.

“What we’re finding is that some of the cancers are becoming more prevalent now,” Dr. Michael Crane, medical director of the World Trade Center Health Program Clinical Center of Excellence at Mount Sinai, told Asbestos.com. “There is naturally an increase of cancer as a function of age, but they are being accelerated by all the toxicity.”

“What we’re seeing is cancer on steroids,” Feal said.

According to various studies, people involved in the 9/11 cleanup and recovery efforts are 5-30 percent more likely than people who were not involved to develop one of those cancers.

“This [problem] isn’t going away, but it’s not all bleak,” Crane said. “There is a bright side. With this program in place, there is much more screening being done, more proactive work. We’re picking up the lung cancers earlier than we would have before.”

Many of the people affected by 9/11-related cancers will also have a lifetime’s worth of benefits.

The James L. Zadroga 9/11 Health and Compensation Act, which established the WTC health program, ensures monitoring and treatment through 2090 to all those who are registered with the federal initiative. 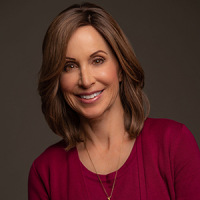 Do you have questions about asbestos-related health concerns resulting from the attacks on 9/11?
Email Karen our on-staff nurse, for more information or media inquiries.

Mesothelioma Cancer Is on the Horizon

Until now, the number of cases of mesothelioma related to 9/11 has been minimal.

“We haven’t seen many yet, but we’re going to see a very significant rise in [mesothelioma] cases,” Flores said. “What I am seeing is a lot more esophageal cancers. Would they have developed anyway? Or are they result of all the exposure? I think exposure. The patients seem a lot younger now. It’s going to be another 30-40 years before all this plays out.”

Much of the problem today still stems from the immediate response to the terrorist attack and the resulting airborne concoction of carcinogens.

The heroic rush to save lives and help others prompted many to work without the proper respiratory protection. The emergency response was not without its flaws.

A week after the attack, Christine Todd Whitman, head of the EPA at the time, had announced the air was safe to breathe and the water safe to drink.

Her announcement prompted many citizens to return to their normal routines, and some volunteers arrived at ground zero without protection, leading to these disastrous results.

Whitman apologized for her error 15 years after the terrorist attacks.

The Memorial Wall at the 9/11 Responders Remembered Park became a reality only by the persistence of Feal and his FealGood Foundation.

It is designed exclusively to honor and recognize the first responders who have died in the aftermath of 9/11. It includes police, fire, rescue, other emergency workers and many volunteers who labored for months in the cleanup and were later sickened.

It is separate from the many memorials and monuments in the city, including the official National September 11 Memorial and Museum that includes the names of those who died in the immediate wreckage.

Feal, a demolition supervisor, was badly injured during cleanup work there, losing part of his left foot when it was crushed by an 8,000 pound piece of steel.

He spends much of his time now advocating for others. He and his foundation played a prominent role in pressing Congress to extend the Zadroga 9/11 Health and Compensation Act.

He spends much of his day pouring over obituaries, finding those 9/11 workers who never registered with the WTCHP, and others that did but moved away and died years later. His vetting process is intense.

He spends his time looking for fallen heroes to add to the Memorial, which includes the words Courage, Honor and Sacrifice atop each column.

As always, the latest annual reading of names is the first Saturday after 9/11.

“This park is like a book when you see the names,” he said. “But it’s like a book that has no ending. Not for a very long time.”

©2022 by Asbestos.com and The Mesothelioma Center. All rights reserved. | Last Modified March 9, 2021