The 2018 documentary “Dirty Laundry” is now available for the world to see.

In the film, cousins Conor B. Lewis and Zack Johnson cycle more than 4,000 miles from Oregon to New York, fueled by curiosity about their beloved grandmother’s surprise death to mesothelioma.

The film uncovers the harsh reality that asbestos is still not banned in the United States. Workers in several industries continue to be exposed to the toxic mineral.

Others, like the filmmaker’s grandmother Iva Lewis, experience the effects of secondhand asbestos exposure decades later. For more than 30 years, Iva washed her husband’s work clothes, which were often covered in asbestos dust.

After a run in 11 film festivals nationwide — including an honorable mention in the Santa Monica International Film Festival — “Dirty Laundry” is now available to rent or purchase on Video Project.

“The whole process of making this documentary has been a lot of things: Eye opening, shocking, heartwarming, exhausting, exciting and rewarding,” Johnson said. “From Day One we were welcomed with open arms into the mesothelioma community. It was the first time we’ve really had open and extensive conversations about our grandmother’s mesothelioma with others who have been affected by asbestos.”

Johnson said he and Lewis were thrilled with the film’s reception. They found the audience fit into one of two categories — those who watched in disbelief and those who know all too well the dangers of asbestos and the shock of a mesothelioma diagnosis.

“There were always a few people in our audience who came to see it because they recently lost a loved one to mesothelioma. Those people were really able to connect with the film on another level,” Johnson said. “We even had an individual ask if we were going to make another movie about more individuals’ stories.” 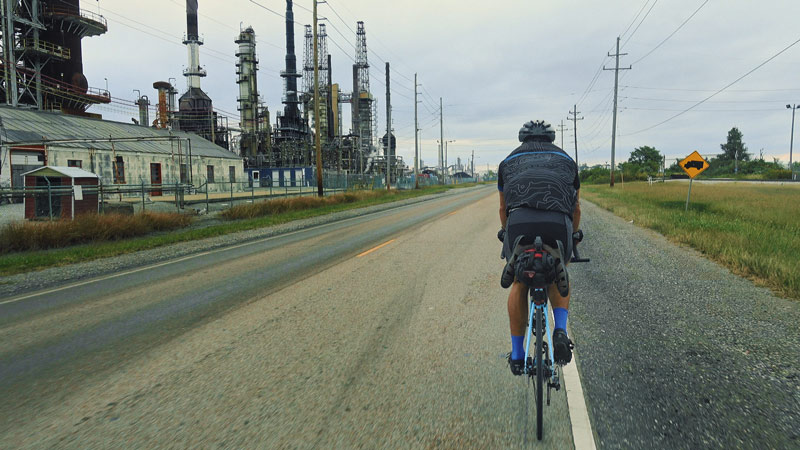 Zack Johnson cycling past the Shell Oil Refinery in Roxana, Illionois, where his grandfather worked as a pipe insulator for more than 30 years.

When Lewis and Johnson set out to make the film in 2016, their understanding of mesothelioma was limited to late-night television commercials. Their knowledge of asbestos was formed mostly by pop culture references on shows like “The Simpsons” and movies like “Step Brothers.”

Now, their perspective on asbestos and the deadly diseases it causes is forever changed.

“We bonded quickly and deeply with all of the people we met along the way, which will shape the way we live, work and advocate for those whose lives have been tragically affected by asbestos,” Johnson said. “We did not expect the amount of trust and care we were shown. Our family has continued to grow since the beginning of this project.”

Goal of Documentary Not Yet Achieved

The goal of “Dirty Laundry” is still being realized.

Johnson and Lewis wanted to honor their grandmother and others who have died from asbestos-related diseases, but they also wanted to open the eyes of people who are currently untouched by the issue.

“We want the general public to realize that this is not an issue of the past and that we will continue to deal with asbestos for a long time unless something is done,” Johnson said. “The goal is to reach as many individuals as possible and let them know asbestos is still legal and we need a complete ban on asbestos in the United States.” 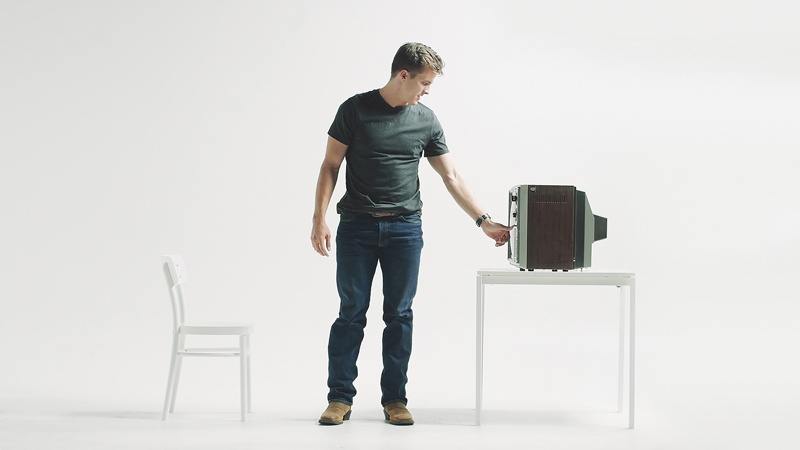 Before filmmakers Zack Johnson (pictured) and Conor B. Lewis set out to make “Dirty Laundry,” their knowledge of mesothelioma was limited to late-night TV commercials.

Getting on Vimeo On Demand is a step in the right direction. Now, interested viewers can learn more about these important issues on their favorite devices such as iPhone and iPad, Apple TV, Roku and Chromecast.

The cousins hope their film will be on more streaming platforms in the future.

“We hope our viewers will realize asbestos is in a lot more places in your life than one might think,” Johnson said. “Before you go knocking into your walls to open up your floorplan like Chip and Joanna [Gaines], make sure you’re taking the right precautions to manage your risk.”

Johnson said the documentary has thrust him and Lewis into the spotlight as spokespersons for the mesothelioma community. They didn’t think it would happen but are embracing the opportunity to spread the word.

“‘Dirty Laundry’ arose out of a need,” Johnson said. “We want people to know that asbestos is still being imported into the United States, and without a full ban on asbestos, we will continue down this path, and our children and grandchildren will pay the cost.”