Matt Mauney
Fact Checked
Our fact-checking process begins with a thorough review of all sources to ensure they are high quality. Then we cross-check the facts with original medical or scientific reports published by those sources, or we validate the facts with reputable news organizations, medical and scientific experts and other health experts. Each page includes all sources for full transparency.
Written By: Matt Mauney, Last modified: February 25, 2021 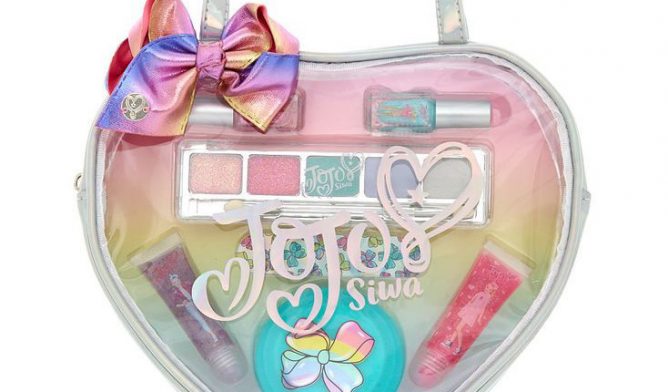 For the second time in three months, Claire’s stores issued a voluntary recall over concerns of asbestos contamination in its makeup products marketed to young girls, the U.S. Food and Drug Administration announced late Thursday.

Claire’s, a children’s fashion accessory retail chain found in malls across the U.S., has recalled its JoJo Siwa Makeup Set (SKU #888711136337, Batch/Lot No. S180109) after the product tested positive for asbestos during the FDA’s ongoing investigation of asbestos contamination in cosmetics.

Exposure to asbestos dust can cause serious health conditions decades later, including lung cancer and mesothelioma.

In an official statement to The Mesothelioma Center at Asbestos.com, Claire’s said testing by the FDA “indicated the possible presence of trace amounts of asbestos fibers in the powder eyeshadow element of the kit.”

“Claire’s stands behind the safety of this item and all other Claire’s cosmetic items, as such small trace amounts are considered acceptable under European and Canadian cosmetic safety regulations,” Claire’s spokesperson and Senior Vice President of Marketing Melanie Berry said by email. “In addition, last year Claire’s moved to talc-free cosmetic manufacturing to prevent any further concerns about talc contamination. Claire’s also supports increased FDA oversight of personal care products.”

The company said it will provide a full refund to any customers who purchased the JoJo Siwa Makeup Set.

In March, Claire’s removed three items from stores — eye shadows, compact powder and contour powder — out of an “abundance of caution” following the FDA’s release of independent tests that confirmed asbestos contamination in the products.

The statement from the FDA included a recall from Chinese-based cosmetics company Beauty Plus Global, which recalled its Contour Effects Palette 2 (Batch No. S1603002/PD-C1179) after it tested positive for asbestos.

The asbestos contamination stems from talc used in many makeup products. Talc naturally forms with certain minerals, including asbestos.

Asbestos in Makeup
Find out how asbestos finds its way into cosmetic products.
Learn More

The United States Bankruptcy Court for the District of Delaware approved the retailer’s reorganization plan in Sept. 21, 2018, and the company emerged from its financial restructuring on Oct. 12, 2018.

As part of the restructuring, Claire’s eliminated approximately $1.9 billion of debt from its balance sheet and gained access to $575 million in new capital, according to a corporate news bulletin.

“Claire’s understands many parents trust and expect us to hold the cosmetics purchased by and for their children to the highest possible safety standards,” a company statement read. “In the last year, Claire’s switched to talc-free manufacturing for all its cosmetics.”

FDA Has Limited Authority over Cosmetics

The FDA works to protect consumers from unsafe products. However, the federal agency has limited authority over the cosmetics industry.

Under the provisions of the Federal Food, Drug and Cosmetic Act, the FDA cannot enforce a recall of potentially dangerous cosmetic products. The agency is also not required to review and approve makeup products before they are sold in U.S. stores.

“Our statute is based on risk, and many cosmetics do not pose the same risks as medical products that require prior approval before they can be lawfully marketed,” a March 2018 statement from the FDA said. “Our regulatory approach across our broad portfolio is not a one-size-fits-all approach.”

While the FDA doesn’t have pre-market review authority, it does monitor the cosmetics market and take action to protect consumers, if needed, in the post-market setting, including conducting independent tests of questionable products.

The Occupational Safety and Health Administration and AMA Analytical Services Inc. conducted the testing of the Claire’s products for the FDA in March.

Last year, U.S. Rep. Debbie Dingell, D-Mich., introduced the “Children’s Product Warning Label Act of 2018.” The legislation would mandate a warning label on makeup products marketed to children unless stricter testing can prove they are asbestos-free.

“As we continue our critical work to protect consumers, we look forward to advancing the important dialogue with our colleagues in the cosmetics industry on ways to further enhance the FDA’s efforts to ensure the safety of cosmetic products,” the FDA said in their March statement. “We’re confident that by working collaboratively with all stakeholders, we can enhance the agency’s ability to conduct this vital work and provide consumers with greater assurance around the safety of the cosmetic products used throughout the U.S. each day.”

©2021 by Asbestos.com and The Mesothelioma Center. All rights reserved. | Last Modified January 28, 2021