How Are Engineers Exposed to Asbestos?

Engineers find solutions to technical problems with the application of scientific and mathematical principles. They are employed in diverse fields that historically used different types of asbestos products, including construction, industrial and marine sectors, oil and gas, power generation and chemical production. Asbestos was used in these fields because of its resistance to heat, electricity and chemical corrosion.

There are hundreds of asbestos products engineers may have been exposed to throughout their careers because engineers work in a variety of fields that used asbestos for many different purposes.

Most engineers in the U.S. today don’t encounter asbestos as often as they did in the past, but some engineers remain at risk. Industrial and chemical engineers work in facilities that may still contain old asbestos products. Environmental and mining engineers who work on job sites that contain naturally occurring asbestos are at risk of exposure if proper safety precautions are not taken. Marine engineers overseeing the breakdown of old asbestos-containing vessels are also at risk.

There are more than 25 engineering specialties, including: 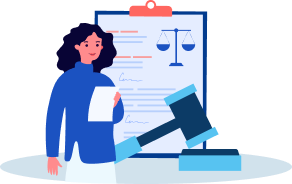 Engineers often oversaw work at construction, civil, industrial and environmental job sites that used many different types of asbestos products. When other workers directly handled these products, they released asbestos fibers into the air. Depending on the working conditions of the facility or job site, asbestos fibers could accumulate and lead to dangerous exposure for everyone nearby, including engineers.

Engineers were exposed to different asbestos products, including:

Aerospace engineers were exposed to asbestos insulation and gaskets used in planes and spacecraft to prevent fires. Electrical panels and wiring on aircraft also contained asbestos.

Older cast-iron switch gear used in electrical engineering designs contained asbestos flash strips, separators and rope gasket door seals. These are products that can have a high asbestos content. Electrical engineers who serviced or inspected electrical panels could have been exposed to asbestos in the panels and wire insulation.

Industrial engineers working at industrial job sites may encounter old asbestos materials in machinery, insulation throughout the facility and around boilers, and in old asbestos cement pipes.

Mechanical engineers were exposed to asbestos insulation and asbestos gaskets used in different types of machinery.

Nuclear engineers were exposed to asbestos through their work on sodium-cooled reactors, which were insulated with asbestos-containing pipe coverings, asbestos valve packing and powdered asbestos that was mixed with water to repair damaged insulation.

Marine engineers were exposed to asbestos-containing boilers, insulation and gaskets that were used throughout vessels of all types, from small boats to large naval vessels.

Manufacturers That Made Products Engineers Use

Engineers were exposed to a wide range of asbestos products made by many different manufacturers. Companies such as Combustion Engineering and Johns Manville made construction materials and boilers with asbestos that exposed civil and industrial engineers. Manufacturers such as General Electric and A.B.B. Lummus Global made electrical equipment containing asbestos that exposed electrical engineers.

Scientific research has shown higher rates of asbestos-related diseases among engineers because of the occupational exposure they’ve endured. According to a 2022 report by the European Commission, over 70,000 workers died in 2019 from past exposure to asbestos.

If you have been diagnosed with one of these conditions, it is important to find a specialist so you have access to the best treatment. Doctors specializing in mesothelioma and lung cancer work at some of the best treatment centers in the country where you can participate in innovative clinical trials. 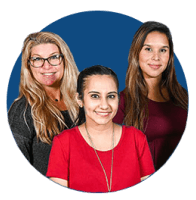 Engineers who develop asbestos-related diseases have a right to file personal injury lawsuits and claims with asbestos trust funds. Those who have lost a loved one to mesothelioma have a right to file a wrongful death lawsuit to get compensation to cover medical bills, lost wages and funeral expenses.

An experienced mesothelioma attorney can advise whether you qualify to file a lawsuit, and you may additionally be eligible to file multiple claims with asbestos trust funds depending on your exposure history.