Every year, peritoneal mesothelioma survivor Trina West-Clark takes a trip to the casino to have a few cocktails with friends and celebrate another year of living cancer-free.

To celebrate 16 years of mesothelioma remission, she will travel to Canada and meet fellow peritoneal mesothelioma survivor Raeleen Minchuk and Cheryl Ewoldt, who lost her husband, Barry, to the aggressive cancer.

“We’ve never met before, but we decided to meet up there and celebrate together,” West-Clark told Asbestos.com. “I’m so excited to do that.”

West-Clark and Minchuk were diagnosed on the same day, but 13 years apart. Minchuk found solace in West-Clark’s survivor story and plans to commemorate her own three-year survival mark with her inspiration.

They are still ironing out details of the trip, but West-Clark hopes to plan it around their shared cancer anniversary on September 11.

“We’re throwing around dates, but I’m trying to talk Raeleen into doing the 9th to the 12th so I can be with her on the 11th,” she said.

It’s been more than a year since West-Clark’s last CT scan. She periodically experiences some pain and stomach issues but says life is good.

And as fun as having cocktails with friends at a casino can be, West-Clark knows her 16th anniversary will be special because it will be spent with others affected by peritoneal mesothelioma — a rare cancer diagnosed in approximately 500 people in the U.S. each year.

“They are the only people that can actually relate to where you have been,” she said. “It’s pretty emotional — I’m not going to lie — because [Minchuk] looks up to me so much. It’s very emotional to know that I’m finally going to meet her.”

The Invaluable Role of a Mesothelioma Caregiver

West-Clark admitted it will be tough meeting Ewoldt, the third member of the trip.

Peritoneal mesothelioma took the life of Ewoldt’s husband at age 55. Cheryl was his caregiver until he entered hospice care.

“I have the upmost respect for any caregiver,” West-Clark said. “My caregiver saved my life.”

West-Clark’s caregiver was Victor Elia. They dated for 18 years and have two children together.

“He is the one that actually pushed me through it all,” she said. “When I was standing in the shower and started losing all my hair, he was the one that picked it up off the shower floor and said, ‘It’s okay.’ He told me I was sexy, and I told him ‘You’re crazy.’ You have to have a caregiver that’s actually going to push you to survive in a situation such as that. Otherwise, you’re just going to lie there and die.” 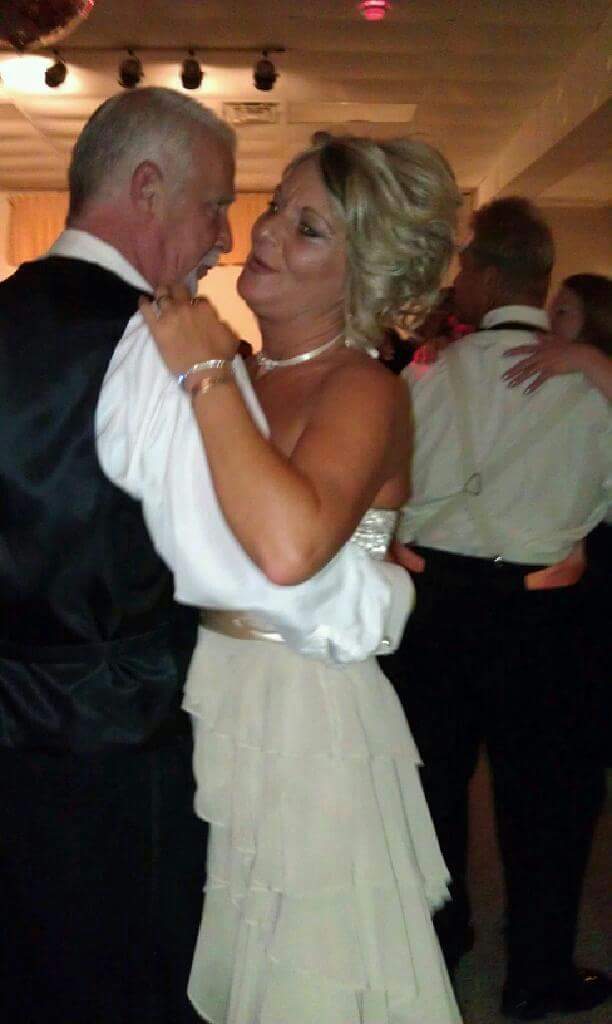 Recently, West-Clark has seen several friends lose their battle with mesothelioma. Too often, survivors give up hope.

The role of a caregiver can be overwhelming, but it’s essential to a patient’s quality of life. Caregivers with a personal connection to patients can be even more overwhelming, but, like Elia, these people can make an invaluable difference in a mesothelioma survivor’s cancer journey.

“I thank him every single time I talk to him and see him,” West-Clark said. “I actually think he had a lot to do with all of it.”