How Are Merchant Mariners Exposed to Asbestos?

During World War II, the Merchant Marine fleet was mainly made up of mass-produced transports nicknamed Liberty ships. As in the Navy, the construction and repair of Merchant Marine ships relied heavily on asbestos-containing products.

In 1939, the Navy surgeon general issued a warning about the health effects of asbestos exposure, but unfortunately, it was ignored. During the war and afterward — when many of the Liberty ships went on to have long careers in commerce — asbestos was an inescapable part of the maritime environment.

This has led to elevated rates of mesothelioma and other asbestos-related diseases among Navy veterans and former merchant mariners. Members of the Merchant Marine have not received as much gratitude or support as veterans of the military. Even though merchant mariners faced the same dangers as Navy sailors — from torpedo and kamikaze attacks, to the long-term risks of asbestos exposure.

Today, the use of asbestos is restricted on Merchant Marine ships to limit these risks. But older vessels may still contain asbestos materials.

Asbestos products were located throughout ships to prevent fires. It was found as insulation in engine rooms and in various equipment parts including gaskets and brake linings.

Manufacturers Who Made Products Mariners Use

Most of the available historical information about asbestos products in the Merchant Marine focuses on boilers because they were such a common source of asbestos exposure. All merchant mariners have the option to seek legal compensation if they develop mesothelioma because of a company’s negligence.

Scientific research has shown merchant mariners suffer higher rates of asbestos-related diseases than the general population. According to a 2022 report by the European Commission, over 70,000 workers died in 2019 from past exposure to asbestos.

Mesothelioma is a form of cancer that is primarily caused by asbestos exposure. Exposure to asbestos also causes lung cancer, ovarian cancer, laryngeal cancer and asbestosis, the latter of which is a progressive pulmonary disease.  If you’ve been diagnosed with an asbestos-related disease, it is important to find a doctor specializing in your diagnosis. Treatments are available to help people live longer with these conditions. 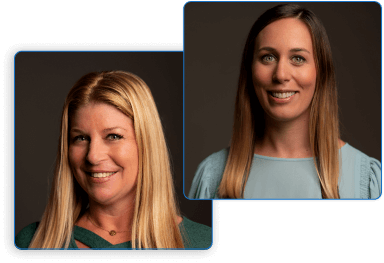 Those who served in the Merchant Marine may be eligible for multiple types of mesothelioma compensation including Veterans Benefits and legal options such as lawsuits and trust fund claims.

Even when the military takes control of the Merchant Marine, merchant mariners are still technically civilians. They work for private companies that have contracts with the government. Because of this, merchant mariners are not entitled to benefits from the Department of Veterans Affairs. WWII-era merchant mariners are the exception. After many appeals to the Civilian Military Service Review Board, this group was finally granted veteran status in 1988. They can apply for benefits including disability compensation.

Filing a Claim Against Negligent Companies

While merchant mariners who served outside of World War II do not qualify for Veterans Benefits, they may still be eligible to file a personal injury lawsuit and file a trust fund claim. Asbestos lawsuits are not filed against the Navy or the Merchant Marine. Rather, lawsuits target the companies that supplied the asbestos-containing products used on the ships.

Successful lawsuits depend on the expertise of experienced mesothelioma lawyers. If you’ve been diagnosed with mesothelioma, it is important to work with a mesothelioma law firm with a great success rate securing compensation.

If you’ve lost a loved one to mesothelioma, you may be eligible to file a wrongful death lawsuit to seek compensation for medical bills, lost wages and funeral expenses.