You can tell a lot about the Yutko family’s approach to cancer by the personalized Christmas card they will be sending this year.

No one is giving up or giving in.

All five family members on the card — including Guinness, their two-year-old dog with a necktie — are wearing the Superman logo.

Ron Yutko was diagnosed with malignant peritoneal mesothelioma six months ago, taking the news much like he did in 2012 with the diagnosis of bladder cancer, and in 2015 when told about the tumors found on his brain.

His family draws inspiration and strength from Superman’s words:

“You’re much stronger than you think you are.

There is a superhero in all of us. We just need the courage to put on the cape.

Yutko, 52, has begun his latest battle with the same confidence and positive attitude that marked his earlier health issues, prompting neighbors to marvel at his continued resilience and tag him with the Superman nickname.

“Staying positive is your best medicine,” Yutko said. “You can take all the pills in the world and still feel terrible. But when you’re positive, you feel better, and you can beat a lot of things. I’m an example of that. I’m a young person, and I still plan to live a long time.”

He was diagnosed not long after doctors first spotted a suspicious growth during a routine CT scan designed to watch for any bladder-cancer recurrence.

It was eventually diagnosed as peritoneal mesothelioma.

Yutko underwent aggressive cytoreductive surgery and hyperthermic intraperitoneal chemotherapy (HIPEC) in June at the Overlook Hospital in Summit, New Jersey, not far from his home.

He pestered his surgical oncologist into releasing him from the hospital earlier than normal after a major operation. He has been back, though, for his second round of CyberKnife radiation treatment involving his brain tumor.

“All the things I’ve been through, you can’t make up that stuff,” Yutko said. “But you know, I’ve never had that ‘why me?’ attitude. I’m a simple guy. You can’t get much simpler than me. And I don’t let things get into my head and stay there. When I get up every day, and feel okay, that’s all I care about. I don’t dwell on what ifs or what might happen down the road.”

Yutko worked nearly 30 years in the gas and oil storage industry in New Jersey, a job he believes contributed to his health issues. But he still hopes to return soon, pending his next checkup in November.

“I still stay busy. I keep my mind on other things — positive things. You start dwelling on the negative, and you start worrying all the time, and that’s like a death wish. I try and think about how good my life really is and all I’ve got to live for. If you don’t stay upbeat, you’ll be going into the ground sooner rather than later.”

Yutko raves about the support from his family. He and wife Eileen have been married for 33 years and remain best friends. She has been alongside him every step of the way, through the highs and lows. 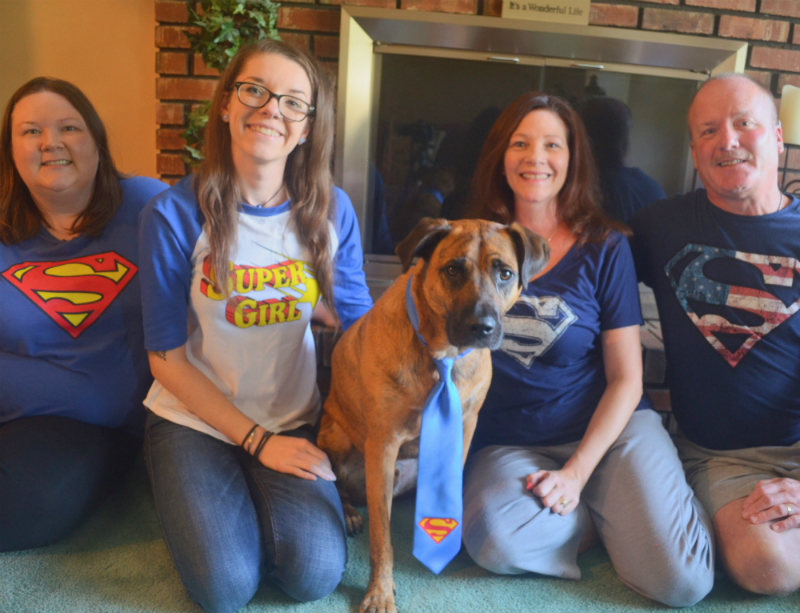 “If I wasn’t married to this woman, I’d be dead by now,” he said. “She always makes sure everything is okay. And she keeps me on the right track.”

As much as anything, he wants to set an example for daughters Alyssa and Lauren to follow. He worries about genetic predisposition to the health problems he has had.

His mother died from ovarian cancer when he was still in high school.

“I have one daughter in college now who wants to be a school teacher. And I’ve told her, ‘I want to be around to see you become what you want to be.’ I certainly don’t want her in school worrying about me. I’m confident about being here for a long time.”

He and Eileen traveled to South Florida recently to visit with relatives and provide him a diversion. After working for 30 years, the stay-at-home-to-recover routine got old rather quickly.

He laughs when talking about the Christmas cards, which will be mailed soon to friends and family. It’s all about attitude, he believes.

“Negativity takes too much energy, so you won’t hear any of that stuff from me,” he said. “It’s about setting a good, positive example. That’s what I want my family to see. And if I can help anyone else get through something like this, I’m more than happy to do it.”