HIPEC surgery provides significant benefits to at least half of peritoneal mesothelioma patients eligible for the procedure. Some of these benefits include:

Delivering heated chemotherapy throughout the abdomen prevents many side effects seen with systemic chemotherapy because the medication does not leave the abdominal cavity. Overall, HIPEC surgery reduces symptoms and prolongs survival.

Who Is Eligible for HIPEC Treatment?

A good candidate for HIPEC surgery is younger in age and must be in relatively good health to withstand the surgery and recovery period. HIPEC is an aggressive treatment and involves a long surgery that may last 12 hours.

To qualify for HIPEC, patients must:

Doctors look for patients who are otherwise healthy except for their cancer diagnosis. They conduct assessments to determine a patient’s overall health, which they call performance status.

A 2021 research study by Dr. Paul Sugarbaker determined that age had the greatest impact on survival following a HIPEC procedure. Contraindications of HIPEC can include severe chronic illnesses, heart disease and liver disease. A diagnosis with epithelial cell type improves the chances that HIPEC will be effective.

How Does HIPEC Surgery Work on Mesothelioma?

First, doctors perform a peritonectomy using cytoreductive surgery techniques to remove as many tumors as possible from the abdominal cavity. This technique is also known as debulking surgery because it aims to take out the bulk of visible tumors.

Removing as much cancer as possible first is crucial. Heated chemotherapy without surgery is less effective since the drugs cannot penetrate deep into tumors. In some cases, tumor removal is impossible, and patients need to explore other treatment options.

The HIPEC machine allows doctors to insert catheters into the abdominal cavity and connect them to the perfusion system, which heats the chemotherapy solution and pumps it to and from the body. Chemotherapy drugs flow between the patient and the perfusion system for about one hour, then doctors drain the medicated solution from the body. Before removing the catheter and closing the incision, surgeons rinse the cavity with a saline solution.

The usual chemotherapy drugs, including carboplatin, cisplatin, doxorubicin, gemcitabine and pemetrexed, have been used for heated chemotherapy. The entire procedure, including surgery and HIPEC, can take between six and 18 hours. Surgery takes longer when the cancer is more widespread.

Risks and Side Effects

The risk of complications with HIPEC surgery varies by surgeon and cancer center, but the overall risk ranges from 4.5% to 19%. The most common serious complications include intestinal leaks, kidney failure, pancreatic inflammation, sepsis and a drop in blood cells.

The most common side effects of HIPEC include nausea, vomiting, pain and weight loss.

Side Effects of HIPEC Surgery

Many HIPEC surgery side effects are also seen with other surgeries, including delayed wound healing, bleeding, sepsis and bowel obstruction. Eligibility requirements help ensure you are a good candidate for HIPEC and have a lower risk of severe side effects.

The recovery time for HIPEC treatment is around two to three months. Your treatment team will go over everything you need to know about the recovery process, including how to care for your incision wounds and promote healing.

For many people, the most challenging aspect of recovery is fatigue. It may take several months until you feel back to normal. Until then, it is important to stay active (within your limits) and maintain good nutrition to keep your energy levels up.

If you develop any worsening side effects or conditions, call your doctor to discuss ways to manage or treat them. For example, a wound infection requires antibiotics and should be treated quickly. 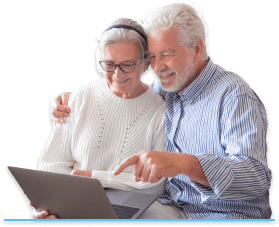 Learn About New Peritoneal Mesothelioma Treatments
Our free webinar will cover the latest treatment options and clinical trials for peritoneal mesothelioma.
Get a Recording

Find Top Cancer Centers Near You

Don’t see your state? Find out how our Doctor Match program can help.
Learn More

To learn more about HIPEC and whether you qualify, schedule a surgical consultation. During a consultation, you meet with the surgeon and members of the surgical team either virtually or in person). You’ll have the opportunity to ask questions and address any concerns with the team.

The surgical team then reviews your medical records to determine if you qualify. If so, the surgeon will discuss the risks and benefits of surgery with you. You will learn more about the surgery, including how to prepare and what to expect during recovery.

HIPEC surgery is successful in about half of peritoneal mesothelioma patients who undergo the procedure, and it helps them live at least five years on average. It is most successful among younger, early-stage patients with fewer tumors.

Repeat HIPEC surgery patients have an average survival of 67.7 months, or 5.6 years, according to a March 2022 study published in Annals of Surgical Oncology.

Earlier studies reported varying degrees of success, with several reporting great success even two decades ago. For example, stage 1 HIPEC surgery patients had a five-year survival rate of 87% in a 2011 study published in Cancer. Additionally, all stages combined had a median survival of 92 months, or 7.6 years, according to a 2003 study published in the Journal of Clinical Oncology.

Numerous studies show HIPEC surgery drastically improves peritoneal mesothelioma life expectancy in about half of the patients who undergo the procedure. In four major studies, the median survival rate for mesothelioma after HIPEC surgery was just over five years.

In a 2021 U.K. study, 40 patients underwent cytoreductive surgery with HIPEC for multicystic peritoneal mesothelioma, which is considered a benign form of the disease that rarely turns malignant. The average predicted disease-free interval was 11 years, with a 5-year progression-free survival of more than 80%. This means the vast majority of people did not see any disease progression for five years after the procedure.

Sugarbaker’s study used cytoreductive surgery and HIPEC and included patients who received one or two additional types of chemotherapy.

In 2015, researchers from Washington Cancer Institute’s Program in Peritoneal Surface Malignancy published results from a study on the survival outcomes of using HIPEC surgery a second time to treat a recurrence.

Survival after a second HIPEC surgery was 4.5 years compared to 6.4 years after the first HIPEC surgery. These results suggest that HIPEC surgery is an effective second-line therapy for recurrent peritoneal mesothelioma.

In 2009, one of the largest multicenter studies on HIPEC surgery reported a median survival of 53 months, or 4.5 years. One patient survived for more than 19 years after the procedure. Survival rates for one, three and five years were 81%, 60% and 47%, respectively.

The medical community continues to research drug combinations, the best chemotherapy temperature and exposure time. As this research advances, survival outcomes should continue to improve.

Is HIPEC and cytoreductive surgery painful?

How much does HIPEC treatment cost?

The cost of cytoreductive surgery with HIPEC ranges from approximately $38,000 to $49,000. According to a 2020 study published in the Annals of Surgical Oncology, patients with health insurance have an average direct cost of about $20,500.

The mortality rate associated with HIPEC surgery is about 1.1%, and the rate of serious complications ranges from 4.5% to 19%, according to a 2019 study published in JAMA and a 2016 study published in the Indian Journal of Surgical Oncology.

Do you lose your hair with HIPEC?

Significant hair loss is very rare with HIPEC because the administration of chemotherapy is local to the abdominal lining. This targeted application minimizes medication exposure to the rest of the body. As a result, typical side effects of chemotherapy, including hair loss, are reduced or avoided.

What cancers are treated with HIPEC?

The cancers treated with HIPEC surgery are peritoneal mesothelioma, ovarian cancer, stomach (gastric) cancer, colorectal cancer and pseudomyxoma peritonei, the latter of which is a mucinous tumor of the appendix.

A procedure known as hyperthermic intrathoracic chemotherapy, or HITHOC, delivers chemotherapy directly into the pleural lining that surrounds the lungs. A study led by Dr. David Sugarbaker reported that HITHOC improved survival by 12.5 months in pleural mesothelioma patients eligible for surgery.

©2023 by Asbestos.com and The Mesothelioma Center. All rights reserved. | Last Modified January 11, 2023
Get Your Free Mesothelioma Guide