Dr. David Sugarbaker was known as “Mr. Mesothelioma” for a reason: He dedicated his life to treating this rare cancer. Through his research and innovation, Sugarbaker gave hope to patients and families who once had none. 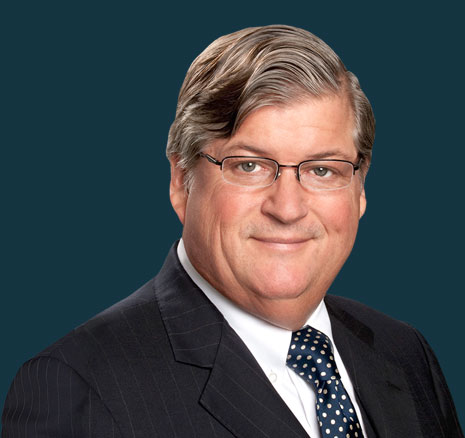 Dr. David Sugarbaker was a pioneer in advancing the treatment of pleural mesothelioma for nearly 30 years. During his 26 years at Brigham and Women’s Hospital in Boston, he built the most prestigious mesothelioma treatment program in the United States. He also refined and advanced the extrapleural pneumonectomy, one of the most aggressive surgeries for any disease.

He took that experience to Texas, leading the Lung Institute at Baylor College of Medicine in Houston and directing the mesothelioma clinical and research program at the prestigious academic health science center.

Surgeons who trained under Sugarbaker are now some of the nation’s top mesothelioma specialists. They carry on his legacy: Searching for a cure and extending the lives of so many patients diagnosed with the aggressive cancer.

Born to Everett Dornbush Sugarbaker, a surgical oncologist, and Gevena Ione, a registered nurse. David grew up in Jefferson City, Missouri, and was one of 10 children.

Graduated top of his class from Cornell University Medical School.

Began his career as a mesothelioma specialist at Brigham and Women’s Hospital, where he founded and built the first noncardiac division of thoracic surgery in the United States.

Established the Tissue and Blood Repository at Brigham and Women’s Hospital. It was the world’s first mesothelioma tissue bank, leading to more research.

Developed the first general thoracic surgical training track in the United States. Sugarbaker trained more than 80 residents, including some of the nation’s top mesothelioma specialists.

Began teaching as a professor of surgery at Harvard Medical School in Boston.

Founded the International Mesothelioma Program at Brigham and Women’s, which included research and clinical divisions to facilitate treatment advances worldwide.

Helped develop the Brigham Staging System for pleural mesothelioma. In a 2014 study, the Journal of Clinical Oncology detailed benefits the system offered compared to the widely used TNM staging system.

Received the Pioneer Award from the Mesothelioma Applied Research Foundation.

Awarded the Henry D. Chadwick Medal for his contributions in the study and treatment of thoracic diseases.

Joined Baylor College of Medicine in Texas to establish the Lung Institute, a multidisciplinary program that combines research with unmatched clinical practice. Also founded the Mesothelioma Treatment Center, which focuses on personalized treatment and leading-edge research.

Took His Talents to Texas

Sugarbaker brought more than two and a half decades of experience treating mesothelioma to Baylor College of Medicine in Houston.

He established the first comprehensive lung disease center in Texas as the founder and director of the Lung Institute. Sugarbaker told Asbestos.com in 2014 that his move to Baylor was a dream job and an opportunity to apply everything he learned in Boston and apply it on a larger scale.

“What we build in Texas, there will be nothing else like it in the world,” he said. “My commitment to patients as a caretaker, as a doctor, will be as strong or stronger than ever.”

Many of his patients in Boston continued to see him after his move to Baylor, flying from around the country for checkups from the best in the business.

“The whole floor at [Baylor St. Luke’s Medical Center] is dedicated to mesothelioma patients. It was Dr. Sugarbaker’s floor. He had understudies and so many doctors there and students there learning. It was a family. It was just such an experience. Dr. Sugarbaker would sit on your bed and shake your hand and was just this jolly man you could hug. He was very attentive and really took the time to listen and care for each patient.”

“The hope here, and it’s a very reasonable hope, is that we can make a significant impact on long-term survival in a subset of patients,” Sugarbaker told Asbestos.com in December 2016. “It’s an exciting approach.”

He also led Baylor’s portion of a phase II, multicenter trial involving anetumab ravtansine (BAY 94-9343), an immunotherapy and chemotherapy combination that binds to the mesothelin protein without harming nonmesothelin cells.

Always thinking ahead, Sugarbaker looked beyond the promising early results of BAY 94-9343 to long-term implications for mesothelioma treatment.

“My approach would be to take this into the operating room. Imagine a complete macroscopic cytoreduction, 99.9 percent of the tumor has been removed. Now let’s apply this new therapy to the relatively few cells that may remain,” Sugarbaker said. “This might be the home run we’re looking for. In my mind, that would be the next step.”

BAY 94-9343 continues to be studied at mesothelioma specialty centers across the country.

Innovator of the Extrapleural Pneumonectomy

Sugarbaker was one of the first doctors in the U.S. to make any progress — or even treat mesothelioma aggressively — when he arrived at Brigham and Women’s in 1988.

His patients had worked at the Boston-area shipyards, which were filled with asbestos products, and they were all dying quickly when he started.

“Early in my career, it was laid at my doorstep,” Sugarbaker told Asbestos.com in January. “And I took it as a challenge. Everything about the disease was unknown. There was no hope. But you had to stick with it. When we started making significant strides, I was drawn to that.”

Instead of most patients dying within six months of a diagnosis, some of his mesothelioma patients were living two years and beyond in those early days. The survival times steadily increased.

Sugarbaker would go on to refine and advance the extrapleural pneumonectomy procedure. The aggressive surgery removes the cancerous lung as well as the lining around the heart and lung, portions of the diaphragm and nearby lymph nodes.

At Brigham and Women’s, he helped pioneer the multimodal treatment approach that combines chemotherapy, radiation and surgery.

Sugarbaker was key in developing a uniform staging system for mesothelioma, which has helped oncologists everywhere better select surgical candidates. His program opened the first mesothelioma tissue bank, a breakthrough for research.

Sugarbaker’s talents weren’t only showcased in the operating room, the classroom or in a clinical research lab.

While at Brigham and Women’s, he designed the “Sugarbaker Walker,” a custom-made thoracic walker created to accelerate the postoperative recovery process for pleural mesothelioma patients.

After joining Baylor, Sugarbaker perfected the design in 2015 to include an oxygen tank, chest tube vacuum, IV pole, numerous catheters and space for monitors.

The all-in-one medical walker is on wheels and has adjustable arm rests. It guides patients into an exercise regimen in the days following aggressive surgery.

“Before these, the nurses would literally have to duct tape the oxygen tank to the old walkers. It was like building a soap box derby ride,” said Tom Halliday, owner of Halliday Medical, the Boston-based manufacturer of the walkers. “They have really caught on.”

Surgical Oncology Runs in the Family

Sugarbaker was destined to be a surgeon.

His father Everett Sugarbaker was a pioneer in surgical oncology at Memorial Sloan Kettering Cancer Center.

“It was in the blood,” David, the second youngest of Everett’s children, told Asbestos.com in January. “It was an inspiration for me at a very young age. I had the benefit of seeing a career to model myself after. That was invaluable.”

David’s brother Paul Sugarbaker is one of the nation’s foremost authorities in the treatment of peritoneal mesothelioma, the second-most-common type of the cancer. Paul is the medical director of the Center for Gastrointestinal Malignancies at MedStar Hospital Center in Washington D.C.

“I think we both saw ourselves as trying to bring new and beneficial things to those with this rare disease,” Paul said of his and David’s breakthroughs in January 2018. “It’s come a long way, but there still is a long way to go.”

Learn about David and Paul Sugarbaker’s contributions to the mesothelioma community.

“His legacy will endure through the accomplishments of all the prominent thoracic surgeons he has trained. He is the mentor of mentors. His vision, focus and dedication to advancing the treatment of mesothelioma have influenced an entire generation of thoracic surgeons.”

“He was a giant in the field. He not only took care of the mesothelioma patients, he trained a whole generation of doctors who will continue taking care of those patients.”

Asbestos.com interviewed Sugarbaker in January 2018. He shared his expertise on a number of questions and topics that face mesothelioma patients, their families and the medical community.

How close are we to a cure for mesothelioma?

What challenges did you face from the medical community about mesothelioma treatment?

How was your training helpful to aspiring thoracic surgeons across the country?

What advice do you have for a patient following treatment?

What are some of your most memorable recovery stories?

Karen Selby joined Asbestos.com in 2009. She is a registered nurse with a background in oncology and thoracic surgery and was the regional director of a tissue bank before becoming a Patient Advocate at The Mesothelioma Center. Karen has assisted surgeons with thoracic surgeries such as lung resections, lung transplants, pneumonectomies, pleurectomies and wedge resections. She is also a member of the Academy of Oncology Nurse & Patient Navigators.

Edited by Walter Pacheco
Get Your Free Mesothelioma Guide

© 2021 by Asbestos.com and The Mesothelioma Center. All rights reserved. | Last Modified January 9, 2020