What Is the Mesothelioma Death Rate in the US?

The mesothelioma death rate in the United States from 1999 to 2015 was around 8 deaths per million people. A 2017 report from the U.S. Centers for Disease Control and Prevention provides this most recent figure.

During that time, there were a total of 45,221 deaths from malignant mesothelioma in the U.S.

For comparison, the country with the highest age-adjusted death rate from 1994 to 2008 was the United Kingdom, with 17.8 deaths per million.

Death rate and mortality rate sound different, but these terms refer to the same thing. It’s the number of deaths in general, or from a precise cause, in a specific group of people.

Mesothelioma cases hover around 3,000 each year in the United States. That represents 0.02% of all U.S. cancer cases. The death rate is close to the mesothelioma incidence rate because most patients live around one year. While this is not a good prognosis, treatment helps some patients live longer.

These mesothelioma statistics help patients understand how long they may live. The mesothelioma survival rate is the percentage of people who live one and five years after diagnosis. About 40% of mesothelioma patients survive at least one year and 12% survive five years.

The most recent information on asbestos-related death rates comes from CDC WONDER, an online database under the CDC. The database specifies the number of people who died from the disease over an 11-year period from 1999 to 2017.

The latency period between the first exposure to asbestos and the diagnosis of a related cancer is usually between 25 and 50 years. The following death rates only include people aged 25 years and older. Death rates are age-adjusted according to the 2000 U.S. standard population.

Women tend to live longer with mesothelioma than men. As a result, the death rate is lower in women than it is in men.

A 2021 research report analyzed mesothelioma death rates over three decades. It noted that, among those older than 44 years, death rates were higher among males compared with females in both 1990 and 2017. Among those younger than 45 years, female individuals had higher incidence and death rates than male individuals.

Death Rate by Age and Race

Asbestos cancer death rates vary greatly by age group. When sorted by 10-year age groups, the crude (not age-adjusted) death rate was highest among those between the ages of 75 and 84 at 72.4 deaths per million.

The death rates for the groups between the ages of 25 and 34 as well as the ages between 35 and 44 were both fewer than one death per million. 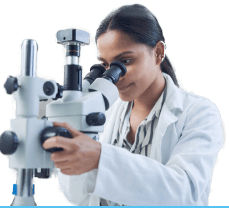 According to the CDC’s data on mesothelioma deaths by age, gender and race:

According to the CDC report, mesothelioma death rates are highest in the Northeast, Northwest and Midwest.

The death rates for mesothelioma by type reflect the incidence rates of the types. More people die of pleural mesothelioma because of its higher incidence. This factor gives the pleural type a higher mortality rate per million.

Peritoneal mesothelioma is the second-most common type and its death rate is roughly half.

The stage of diagnosis also affects how long someone may live with mesothelioma. This may have an impact on the death rate, but the CDC does not track this data.

The kinds of cells that make up tumors may shorten mesothelioma life expectancy by 200 days on average. While cell type may have an impact on the death rate, the CDC does not track this data.

Asbestos Use and Latency Period

There is a long latency period associated with asbestos-related diseases. Several decades usually pass before a person develops a related disease as a result of exposure.

This means that asbestos use from decades ago is now causing new cases of mesothelioma, lung cancer and other diseases.

Researchers predicted asbestos regulations would lead to a decline of mesothelioma cases. Research generally indicates that the peak of incidence rates may have already passed in the U.S.

However, between 1999 and 2015, annual deaths increased by 5% — from 2,479 to 2,597 — in that span. Regardless of fluctuation, mesothelioma mortality rates will likely decline in the coming years.

First-line chemotherapy patients live an average of seven months longer than patients who elect no therapy. And surgery offers a boost to survival. But, surgical candidates tend to be in better health. A 2016 study published in Clinical Epidemiology reported this data.