Written By:
Tim Povtak
Fact Checked
Fact Checked
Our fact-checking process begins with a thorough review of all sources to ensure they are high quality. Then we cross-check the facts with original medical or scientific reports published by those sources, or we validate the facts with reputable news organizations, medical and scientific experts and other health experts. Each page includes all sources for full transparency.
Reviewed
Written By: Tim Povtak,
March 20, 2019

The U.S. Supreme Court ruled Tuesday that manufacturers are liable for asbestos-containing materials they did not make, distribute or install, but were needed for their equipment to function properly.

The maritime-law ruling involved Navy veterans who were not warned about the danger of asbestos insulation added by a third party to pumps, turbines and blowers aboard three different ships.

Both veterans died from cancer during the course of litigation. The deaths have been attributed to asbestos exposure, which can cause serious illnesses such as lung cancer and malignant mesothelioma.

The defendants in the case are Air and Liquid Systems, CBS, Foster Wheeler, Ingersoll Rand and General Electric, which produced the equipment used on the ships.

Manufacturers Have Duty to Warn

In most cases, the equipment was delivered to the Navy ships without containing the asbestos materials, which were manufactured and later installed by different companies, many of which no longer exist.

“This maritime tort case raises a question about the scope of a manufacturer’s duty to warn,” wrote Justice Brett Kavanaugh, who delivered the opinion of the court.

Kavanaugh explained that a product manufacturer has a duty to warn when:

This was one of the first Supreme Court cases for Kavanaugh, who was named to highest court in the United States in 2018. He was joined by five other justices in his opinion.

The equipment, when used as intended on the ships, eventually caused the release of asbestos fibers. The manufacturers — who failed to warn users — become liable.

A district court in Philadelphia originally granted a summary judgement to the defendant manufacturers in 2014.

In 2017, a U.S. Court of Appeals for the Third Circuit remanded the case, ruling the manufacturers may face liability, sending it to the U.S. Supreme Court. 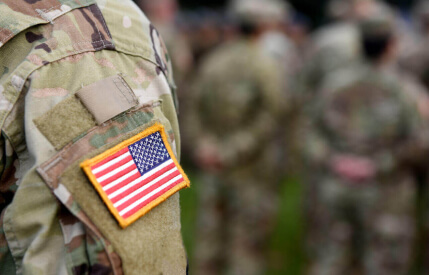 Compensation for Veterans
We can help you or a loved one file asbestos-related VA claims and access potential benefits.
Get Help Now

The Supreme Court ruling should help Navy veterans throughout the country dealing with serious health issues caused by the asbestos that was once so prevalent on ships.

“This ruling is a game changer,” attorney Daniel Wasserberg of Meirowitz & Wasserberg LLP in New York City, told The Mesothelioma Center at Asbestos.com. “Hopefully this landmark decision will shift the debate in certain state courts, and maybe someday the terrible rulings on this issue will be overturned.”

Branches of the U.S. armed forces cannot be held liable for any matter in a court of law, but Navy contractors can.

Injuries at sea fall outside territorial boundaries of any state and typically come under maritime law and the Supreme Court.

Decisions often are guided by past maritime rulings.

“If the manufacturers had provided warnings, the workers on the ships presumably could have worn respirator masks and thereby avoided the danger,” Kavanaugh wrote. “The product manufacturer knows the nature of the ultimate integrated product and is typically more aware of the risks associated with that integrated product.”

The manufacturers believe they should not have been liable after delivering the products in a condition known as “bare metal” and without the components that made them dangerous.

The Supreme Court, though, ruled otherwise.

“Manufacturers correctly point out, issuing a warning costs time and money,” Kavanaugh wrote. “But the burden is usually not significant. Manufacturers already have a duty to warn of the dangers of their own products.”