Written By:
Tim Povtak
Fact Checked
Fact Checked
Our fact-checking process begins with a thorough review of all sources to ensure they are high quality. Then we cross-check the facts with original medical or scientific reports published by those sources, or we validate the facts with reputable news organizations, medical and scientific experts and other health experts. Each page includes all sources for full transparency.
Reviewed
Written By: Tim Povtak,
July 27, 2022

Patients with unresectable pleural mesothelioma cancer throughout the United Kingdom will now have the immunotherapy combination of Opdivo and Yervoy as an option after its recent approval by the National Health Service for first-line treatment.

The long-awaited approval comes almost two years after the U.S. Food and Drug Administration granted a similar approval of Opdivo and Yervoy. It brings new hope to a region particularly hard hit by this rare cancer caused primarily by exposure to asbestos.

Opdivo and Yervoy, known generically as nivolumab and ipilimumab, respectively, are manufactured by Bristol Myers Squibb.

NHS is the single-payer, publicly funded health care system in the United Kingdom and the second largest of its type in the world. Until now, only UK patients in a clinical trial or those paying privately were given the immunotherapy option.

“The NHS is delighted that this new drug combination will now be available for this aggressive type of cancer,” said Dr. Peter Johnson, national clinical director for cancer at NHS England. “Up to now, we’ve had limited options for treatment.”

The National Institute for Health and Care Excellence issued its final appraisal document recommending the immunotherapy combination in July. It was the first new recommendation for pleural mesothelioma in the United Kingdom in 14 years.

Effectiveness of Drugs Have Been Mixed

For years, standard-of-care treatment for mesothelioma involved a chemotherapy combination with only short-term effectiveness.

Less than a third of those diagnosed with pleural mesothelioma qualified for a multimodality regimen that included aggressive surgery and radiation. Mesothelioma surgery is typically not an option because the disease is usually too advanced at the time of diagnosis.

Early reviews from the combination’s use in the U.S. have been mixed. For a small percentage it has been highly effective, but the majority have seen only a limited benefit. 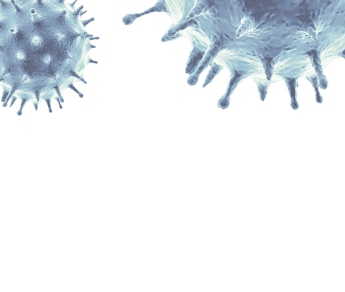 Free Mesothelioma Treatment Webinar
Learn about top mesothelioma treatments during this free webinar hosted by a mesothelioma specialist.
Save Your Spot

The U.K. recommendation was based heavily on an earlier international phase III clinical trial called CheckMate 743. It produced impressive effectiveness for a specific cohort of patients.

Opdivo and Yervoy are given intravenously, typically for 30 minutes, every three weeks for Opdivo and every six weeks for Yervoy.

With the most common epithelioid subtype, survival was 18.1 months with immunotherapy compared to 14.1 months for chemotherapy. The two-year survival advantage was 41% to 27%, respectively.

Most mesothelioma specialists agree this immunotherapy would be most effective in combination with other treatments.

“The nivolumab/ipilimumab combination is to be welcomed. However, it is far from perfect, too toxic for most patients without major protocol change,” Dr. Angus Dalgleish, St. George’s Hospital, University of London, told The Mesothelioma Center at Asbestos.com. “I would now add in a background anti-inflammatory such as LDN [low-dose naltrexone].”

Dalgleish published a mesothelioma case report in 2020 detailing his success with a novel treatment regimen involving a series of anti-inflammatories, including naltrexone, the vaccine IMM-101 and immune stimulation.

There is typically a latency period of 20 to 60 years between exposure to asbestos and a diagnosis of mesothelioma. Despite instituting a ban on all asbestos products in 1999, the United Kingdom remains a per-capita world leader in mesothelioma cases, with an estimated 2,700 people still being diagnosed annually.

Officials attribute it to the long history of shipbuilding, an industry leader in asbestos consumption, and infrastructure reconstruction throughout England in the post-World War II period.

This latest approval was met with considerable hope.

“We are extremely pleased with this long-awaited decision,” said Nick Maskell, professor of respiratory medicine at University of Bristol, England. “It is brilliant news for mesothelioma patients and their families. The decision to approve this provides a new routinely available standard of care for NHS patients.”