“We live in a development where we’re friends with a lot of other couples here,” Micciche, a peritoneal mesothelioma survivor from Rochester, New York, told Asbestos.com. “And there’s this restaurant about 45 minutes from us that was voted the best new restaurant in the United States.”

The reservation — booked months in advance — was for seven couples, the entire occupancy of FLX Table in Geneva, New York.

Micciche’s surgeon, Dr. John Kane, told her it would take about six weeks to recover from the aggressive surgery. She was out of the hospital in 11 days and remained as active as possible at home the following weeks.

The dinner party was exactly six weeks and two days after her surgery, and Micciche was there with a smile on her face.

“I told everyone I was going to make that dinner,” she said. “I was told six weeks and was determined it wouldn’t be a day longer. I was able to go and have a nice dinner and have a good time.”

A week later, on Halloween, Micciche was able to go trick-or-treating with her grandson, who she watches on Tuesday nights and Wednesdays during the day.

“I walked all over the neighborhood with him and he kept telling me he loved me,” she said. “Nothing better!” 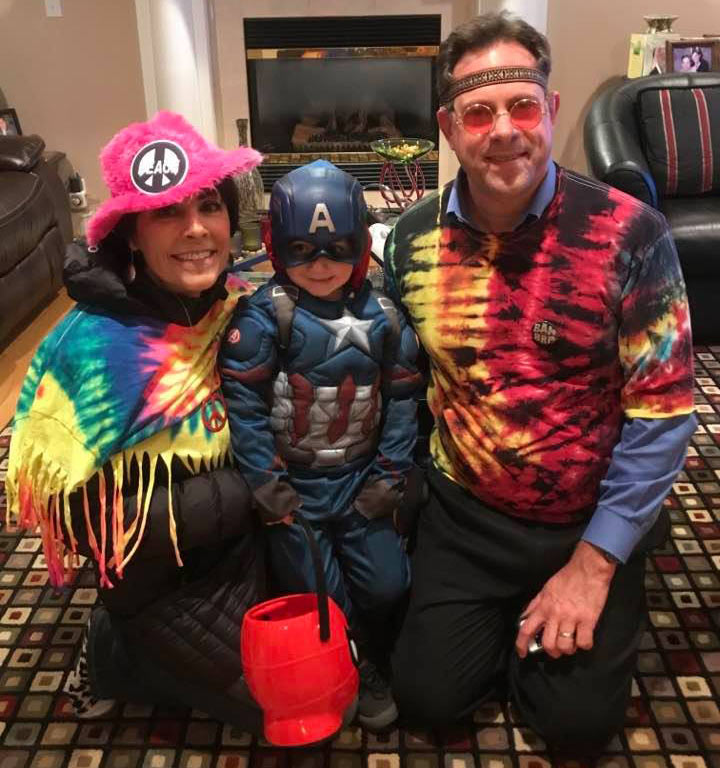 Less than two months after surgery, peritoneal mesothelioma survivor Darlene Micciche was able to go trick-or-treating with her 3-year-old grandson.

Micciche, 60, had multiple gastrointestinal surgeries prior to her cytoreductive (debulking) procedure on Sept. 9, 2017.

It was a surgery to remove scar tissue on her stomach that revealed several spots on her peritoneum, or the lining of the abdomen.

“My [gastroenterologist] had done a surgery on me a year and eight months before that and knew those spots weren’t there at that time,” Micciche said.

Micciche’s friend, neighbor and GI specialist, Dr. Anthony Baratta, was there to greet her when she woke up from surgery.

“When [Baratta] came into the recovery room, I could tell something was very wrong,” she said. “I could just tell from the look on his face.”

Micciche’s doctors were certain the spots were cancer, but were unsure of the exact type of malignancy.

“They said it was adenocarcinoma, either of the small intestine or the pancreas,” Micciche said.

After numerous tests, doctors ruled out small intestine cancer — the more favorable of the two options. Micciche was later told it was stage 4 pancreatic cancer that had spread to her peritoneum.

It wasn’t until a second opinion at Strong Memorial Hospital in June 2017 that doctors finally determined the true diagnosis: Peritoneal mesothelioma.

“For two weeks, I thought I had stage 4 pancreatic cancer,” Micciche said. “It was terrible. I had some uncomfortable conversations with my husband. It was just awful.”

Peritoneal mesothelioma carries a significantly better prognosis. About half of peritoneal patients treated with cytoreductive surgery and HIPEC live longer than five years.

“When they finally told me it was mesothelioma, I actually felt relieved,” Micciche said. “That was better than the diagnosis we originally thought I had. The whole thing was just a giant roller coaster of emotions.”

In Good Hands with Dr. Kane

With the cytoreductive surgery and HIPEC combination not available in Rochester, Micciche had to look elsewhere. She connected with Kane at Roswell Park Comprehensive Cancer Center in Buffalo, New York.

“We looked him up before we went because my oncologist [in Rochester] said you have to be comfortable with your surgeon,” she said. “We ended up loving him from the start.”

A big part of that was confidence in Kane’s experience, with more than 200 debulking surgeries with HIPEC under his belt.

“He was just awesome,” she said. “The nurse would come out and update my husband on the phone every two hours since it was such a long surgery.”

Her first scan in December came back cancer-free. She’ll be back in March for another, with quarterly scans for the next three years.

Kane told Micciche if the cancer returns after two years, he’ll perform another cytoreduction and HIPEC.

“He was honest with me and said that in most cases you either have a zero percent chance of it coming back or a 100 percent chance,” she said.

Family, Friends and Faith Played a Part During Recovery

After her diagnosis, all Micciche could think about was her husband, her parents and her 3-year-old grandson.

“I wasn’t really scared for myself. Maybe it was because I felt, if I died, I was going to go to a better place,” she said. “The worst part was worrying about them.”

“I have to say that my faith really got me through,” she said. “I prayed every single night and had everybody praying for me, and I really feel that’s what helped my prognosis.” 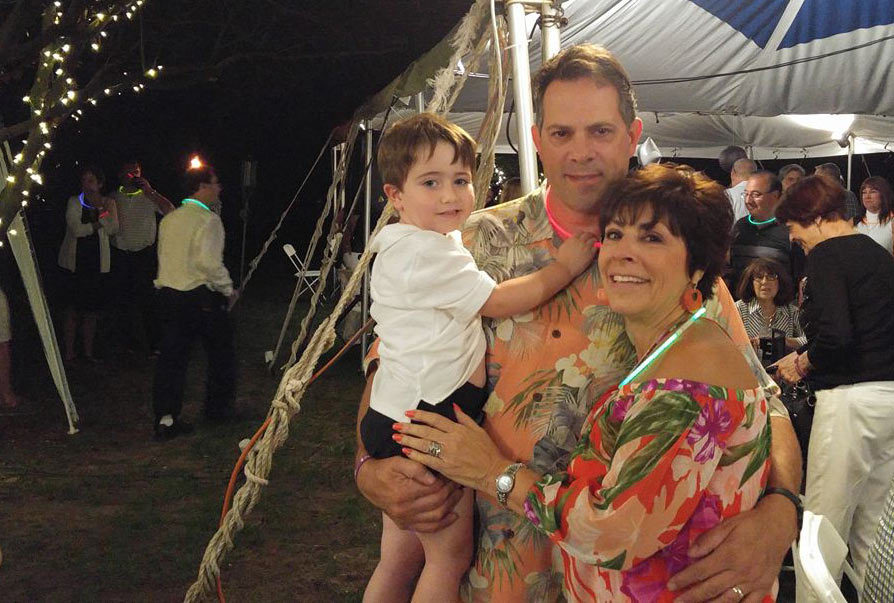 Friends also played a large part in Micciche’s speedy recovery. They started an online meal train to organize dinners and make sure she always had a nice meal.

“It was so helpful because my husband doesn’t cook and I couldn’t do it,” she said. “All my friends signed up for dinners, and every day someone came with dinner. I always had leftovers the next day for lunch. It really took the pressure off.”

Micciche’s friends also assisted with medical needs, such as giving her a daily shot of heparin to prevent blood clots.

“I just couldn’t put a needle in myself and I couldn’t let my husband to do it, so friends of mine — two that are doctors, two friends that are nurses and a friend that’s a [physician assistant] would come over every day and give me that shot,” Micciche explained. “That was a really helpful thing because I was so scared to do it myself.”

The active lifestyle Micciche kept before her diagnosis and surgery hasn’t stopped. She still attends dinner parties, takes out the family boat, vacations at their property in Florida, and spends as much time with her grandson as possible.

“I look forward to watching my grandson every week,” she said. “He exhausts me, but I love every minute of it.”