Most chemotherapeutic drugs work by killing cells with complex chemical reactions. Gemcitabine can slow the growth of pleural mesothelioma by interference with DNA replication of cancer cells.

Gemcitabine was discovered and developed by scientists at the pharmaceutical company Eli Lilly. Gemzar is the registered name of gemcitabine for injection. Mesothelioma patients who do not tolerate platinum-based chemotherapy drugs such as cisplatin or carboplatin may do well on gemcitabine instead.

Gemcitabine in Treatment for Mesothelioma

Gemcitabine chemotherapy is most often performed on an outpatient basis and is administered intravenously. Treatment typically involves a trip to a doctor’s office, clinic or hospital. The procedure usually takes a few hours, with the actual administration of the drug lasting around 30 minutes. In most cases, it is administered on various schedules, the most common being once a week for three weeks, followed by one week off. The length of treatment and strength of dosage that is best for you will be determined by your cancer doctor.

Gemcitabine is used more often in second-line chemotherapy for mesothelioma than first-line because cisplatin and pemetrexed produce longer survival rates.

It is necessary for patients to inform their doctor of current medications being taken, including all prescription drugs and any vitamins, supplements or over-the-counter medications, before beginning gemcitabine treatment. In addition, anyone who has impaired liver or kidney function is generally not advised to use gemcitabine, because the drug can cause severe liver and kidney damage. Because gemcitabine and most chemotherapy drugs are known to be harmful to unborn babies, women who are pregnant or breastfeeding should not use this drug.

Side Effects of Gemcitabine

Side effects of treatment with gemcitabine may include the following:

People treated with chemotherapy drugs have reduced immune system function because these drugs kill certain immune cells. If you are taking gemcitabine for mesothelioma cancer, it’s important to avoid contact with people who have colds or other infections. A medical face mask may be worn to protect you from contact with germs.

Several phase II clinical trials have investigated gemcitabine’s effectiveness on mesothelioma. Some phase II trials report higher response rates or higher overall survival rates than other trials report. Despite inconsistency in results, the consensus is that the drug benefits people with mesothelioma.

In 2002, an Australian phase II clinical trial evaluated the combination of gemcitabine and cisplatin as first-line chemotherapy for pleural mesothelioma. Researchers reported a partial response (meaning the tumor shrank by more than 30%) in 33% of participants. The tumor was stabilized (meaning no new tumor growth) in 60% of participants. Only 8% of participants had progressive tumor development while on the treatment. Participants reported improved quality of life following recovery from treatment and improved respiratory function. The overall survival from the start of treatment was 11.2 months. 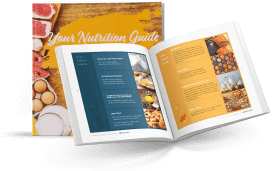 Free Mesothelioma Nutrition Guide
Eating right and balancing your diet while undergoing mesothelioma treatment can ease your symptoms.
Get Free Recipes and Tips

In 2012, results were published from a phase II clinical trial led by mesothelioma expert Dr. Hedy Kindler on the combination of gemcitabine, cisplatin and bevacizumab (a drug that cuts blood supply to tumors). Anti-angiogenesis drugs such as bevacizumab block the formation of new blood vessels, which is the pathway through which tumors spread cancerous cells in the body.

The addition of bevacizumab improved progression-free survival and overall survival in some participants, but the effect was not significant enough among all participants to warrant further study.

Gemcitabine was tested in a prolonged (over 6 hours) low-dose infusion regimen in combination with cisplatin in a 2017 study. This low-dose approach increased the effectiveness of gemcitabine against mesothelioma, although it did cause more hair loss than the average dose in 30 minutes of infusion. Overall survival was 16.16 months, which is among the longest survival times reported for mesothelioma chemotherapy.

In 2021, a research study examined the effects of combining gemcitabine with ramucirumab for mesothelioma after progression on therapy with platinum and pemetrexed chemotherapy. Ramucirumab plus gemcitabine significantly improved overall survival over that of gemcitabine and placebo and had a favorable safety profile.

Studies continue to investigate the best ways to administer gemcitabine for the treatment of mesothelioma. The drug’s effectiveness may be improved with the addition of other chemotherapy drugs, targeted therapies and nutrition. Trials are ongoing to improve the outcomes of people treated with the drug. People facing mesothelioma who undergo treatment with this drug may experience a reduction of symptoms, improved quality of life and extended survival.