PD-1, or programmed cell death-1, is a protein expressed on the surface of T cells. These cells help protect the body from infection and disease, and PD-1 regulates the immune response.

T cells latch onto and inspect other cells for signs of cancer and illness. When a T cell inspects a healthy cell, its PD-1 binds to the healthy cell’s PD-L1, or programmed death-ligand 1, which sends a signal to the T cell to leave the other cell alone.

Together these surface proteins act as a type of “off switch,” suppressing T cell inflammatory activity.

This interaction, known as an immune checkpoint, helps prevent autoimmune diseases, which occur when the body’s immune system attacks healthy cells by mistake.

But this can also protect a tumor from being destroyed by the immune system. Several cancers, including malignant mesothelioma, often express high levels of PD-L1. Tumor cells use this protein to hide from T cells.

Checkpoint inhibitor drugs such as pembrolizumab (Keytruda), nivolumab (Opdivo) and durvalumab (Imfinzi) are designed to block the PD-1 pathway and allow the immune system to recognize and attack cancer.

PD-L1 acts as a mask for cancer cells. This protein has emerged as an important biomarker and target for mesothelioma immunotherapy.

Immunotherapy drugs that target PD-L1 include:

In 2018, the U.S. Food & Drug Administration (FDA) approved Imfinzi for patients with unresectable stage 3 non-small cell lung cancer (NSCLC) that hasn’t progressed after chemotherapy and radiation therapy. The move was a promising step toward approval for pleural mesothelioma.

Researchers at Dana-Farber Cancer Institute in Boston are testing Imfinzi in combination with tremelimumab, a checkpoint inhibitor that blocks a protein receptor known as CTLA-4.

The drug combination has been effective in the treatment of melanoma. The Dana-Farber trial is the first to test the two drugs as a treatment for mesothelioma. The study is expected to run through 2024.

A 2021 clinical research trial testing bevacizumab with atezolizumab resulted in a one-year progression-free survival of 61% and overall survival at one year of 85%. 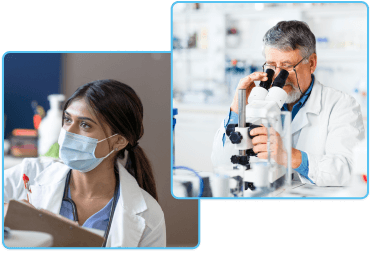 PD-1 is the receptor on T cells that binds to PD-L1 on healthy cells. Drugs such as Keytruda and Opdivo bind to and block PD-1. This prevents cancer cells from using PD-L1 to trick the immune system.

However, blocking PD-1 may lead to immune-dysfunction side effects, allowing the immune system to attack normal organs and tissues in any area of the body.

For many patients, the potential benefits outweigh the risks. Keytruda and Opdivo are already FDA approved for NSCLC and have yielded promising results in mesothelioma clinical trials.

Mesothelioma patients with high expressions of PD-L1 on tumor cells may qualify for these trials. The immunotherapy drugs may also be accessible through compassionate use programs or as an off-label use.

Testing for PD-L1 involves sending a piece of tumor tissue to a lab for analysis. The test measures how much PD-L1 a tumor expresses.

Doctors use this test to determine whether a cancer patient may benefit from anti-PD-1 or anti-PD-L1 drugs. Another emerging biomarker of response to anti-PD-1 therapy is the tumor mutational burden, which predicts favorable responses to immune checkpoint inhibitors.

Mesothelioma tumors with high expressions of PD-L1 may be more susceptible to drugs like Keytruda and Imfinzi. For example, Merth’s cancer showed a 90% expression of PD-L1.

However, high expressions of PD-L1 do not guarantee a positive response to checkpoint inhibitors. Also, patients with low levels of PD-L1 may still have a strong response to immunotherapy.

A variety of factors — such as mesothelioma cell type and genetic mutations of the tumor — can influence how well checkpoint inhibitors work.