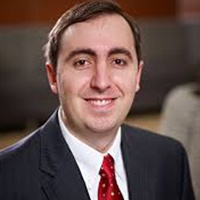 Radiation oncologist Dr. Charles B. Simone II is the chief medical officer at the New York Proton Center, the only facility in the state that offers proton radiation therapy for pleural mesothelioma patients.

About Dr. Charles B. Simone II

The innovative proton center opened in 2019 and is the only one of its kind in the state, bringing the most technologically advanced radiation treatment facility to New York City.

Simone is one of America’s leading authorities and an internationally recognized expert in the use of proton therapy for treating thoracic malignancies such as pleural mesothelioma cancer.

He believes the use of novel proton therapy will improve survival for mesothelioma patients, providing a safer and more effective form of radiation in a multidisciplinary setting.

“The New York Proton Center will be one of the few centers that can safely treat the entire pleura surface that is often necessary with mesothelioma,” he said. “This is going to be the approach of choice in treating this disease.”