Written By:
Tim Povtak
Fact Checked
Fact Checked
Our fact-checking process begins with a thorough review of all sources to ensure they are high quality. Then we cross-check the facts with original medical or scientific reports published by those sources, or we validate the facts with reputable news organizations, medical and scientific experts and other health experts. Each page includes all sources for full transparency.
Reviewed
Written By: Tim Povtak,
December 14, 2012

For Emily Ward, the worst thing about recuperating the past eight weeks from pleural mesothelioma surgery wasn’t the dull pain in her chest that never really goes away. It is tolerable now.

It wasn’t the foggy brain that left her wondering if she even made any sense when she spoke to friends and family. That cloud lifted — slowly.

It wasn’t even the nagging uncertainty of wondering when this cancer might start growing back inside her. Ward is the eternal optimist.

No, the worst part was being without her dogs, four fun-loving, frolicking, adorable, mischievous dachshunds that she treats like her children and are such a big part of her life.

“I can’t wait to get them back. It’s a little sad being here without them,” Ward said recently from her home near Portland, Maine. “They all sleep in the bed with me at night. Everyone has their spot — there is a pecking order — but I can’t tell you how many times I’ve woke up hanging off the side of the bed because there was no room, and they’re all trying to stay warm. I miss that right now.”

Ward, 63, underwent a six-hour pleurectomy/decortication surgery in October that removed the lining surrounding her left lung and removed any visible trace of the cancer. It was done at Brigham and Women’s Hospital in Boston by renowned surgeon David Sugarbaker, M.D., who has lifted her confidence.

She declined the follow-up, precautionary chemotherapy, insisting on returning her life to normal as quickly as possible. Assuming her early January exam in Boston goes well, she expects to quickly retrieve her beloved dachshunds, who have been staying with friends near St. Petersburg, Florida, nearly 1,500 miles away.

“Hopefully, I will feel well enough to go get them. I’ll drive because it’s the safest and most economical way to bring them home,” she said. “Some people have children to worry about. I have my dogs. I just didn’t think it was fair to them to be here when I wasn’t feeling well enough to take care of them. This thing (surgery) knocked the crap out of me.” 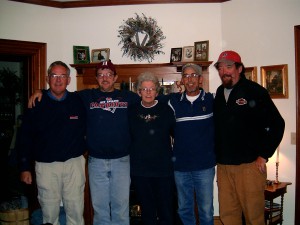 Ward has been no stranger to dealing with the kind of heartache and heartbreak that can follow a cancer diagnosis. She already experienced it both professionally and personally.

Her husband died almost 20 years ago after a lengthy illness, well after she became his primary caregiver. She became a surrogate mother to her niece and nephew after her younger brother’s wife died from cancer several years ago. And Ward spent the final days in Wyoming with her best friend, who died of cancer in June after three times being told it was in remission.

Ward returned home feeling poorly herself, going into the hospital with what she thought was pneumonia, then a collapsed lung, before finally being diagnosed with mesothelioma cancer after weeks of tests.

“They did all the tests, and couldn’t figure it out. Finally, they said it was some kind of malignancy but weren’t sure what. I kept saying, ‘No, it’s not.’ I kiddingly told the doctors it was something related to dog hair, or a dog toenail I must have inhaled,” she said. “I was shocked when I finally heard it was mesothelioma.”

Hospital Renovation to Blame for Mesothelioma?

Ward believes her cancer was related to working in a hospital decades ago that was undergoing a major renovation, with asbestos dust being inhaled daily. She has spent 43 years in a nursing career, giving her an insight into the medical world that few mesothelioma patients have.

The first thing she did was leave her original hospital in Lewiston, Maine, and make a quick path to the specialists at Dana Farber/Brigham and Women’s Cancer Center.

“There were things that made sense to me that may have lost someone without a medical background. And a lot of it, I didn’t understand. I can only imagine how overwhelming, how frustrating, this process could be for someone else,” she said. “In a way, I knew what I was getting into, but in a way I didn’t. I went into surgery with the mindset that I’d walk away all better, and everything would be fine in a couple weeks. It hasn’t been that easy.”

Ward has raved about Sugarbaker and the care she received at Brigham and Women’s, but she also believes not enough is done to educate mesothelioma patients on what to expect before, during and especially after surgery. For that, she turned to Karen Selby, a nurse and patient advocate here at The Mesothelioma Center.

“I can’t say enough good things about Karen and her organization. She was terrific, with the information and resources she made available,” Ward said. “She filled in all the gaps. By phone, she understood everything I was going through. We bonded. I found it invaluable.” 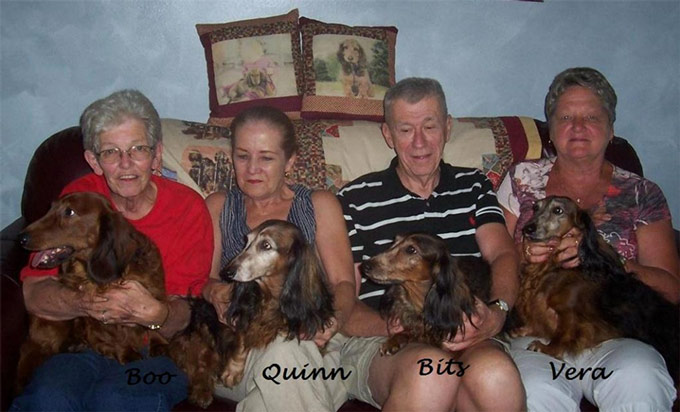 Ward laughs about it now, but the side effects from the surgery and the anesthetics and initial narcotics left her feeling unprepared for the first couple weeks at home.

“My brain was like mush. The drugs made me looney. They really did. I wouldn’t take the narcotics. I don’t know if patients are really well-prepared for how they make you feel,” she said. “You wake up and start thinking you’re crazy. You have to fight through a lot. Pain management is not easy to maneuver.”

Although she lives alone, Ward has two brothers and friends close by. Her older, mellower, mixed-breed dog named Puppy has been at her home throughout the ordeal, keeping her company. Her goal is the return of Vera, Quintessa, Boo and Bits, the four frisky dachshunds.

“At one point, I remember thinking I would be going back to work. I’m not so sure now. The worst thing is, I still don’t have any endurance,” she said. “You go through this, and it effects your muscles, your stamina, your outlook. It’s getting better, but it’s a slow process I wasn’t really prepared for.”

©2022 by Asbestos.com and The Mesothelioma Center. All rights reserved. | Last Modified September 23, 2021
Get Your Free Mesothelioma Guide