What is Epigenetic Therapy?

Epigenetic change is a normal and natural process, but it is affected by age, environment, lifestyle, disease state and toxic exposure. For example, asbestos exposure contributes to epigenetic changes, but scientists aren’t precisely sure how yet.

Researchers are hoping to discover ways to harness these epigenetic changes to help find a cure for mesothelioma. A number of clinical trials have tested epigenetic drugs in people with pleural mesothelioma with mixed results. A handful of patients have responded quite well, with one patient entering remission for longer than six years.

The primary principle behind this therapy is targeting epigenetic changes with drugs that reverse damage and return the expression of DNA back to its pre-cancerous condition.

These drugs are designed to sniff out epigenetic alterations related to cancer, which is similar to the way chemotherapy targets rapidly dividing cancer cells. Epigenetic cancer drugs are even commonly referred to as chemotherapy drugs, which is a generic term used for any anticancer treatment medication.

Five different epigenetic drugs are currently approved by the FDA:

Valproate, DHAC, belinostat, decitabine and vorinostat are epi-drugs that have been studied in clinical trials for mesothelioma. 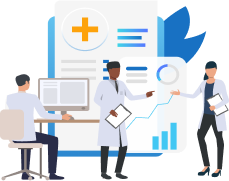 A 2011 phase II clinical trial combined valproate with the chemotherapy drug doxorubicin and evaluated the response in 45 pleural mesothelioma patients. Seven participants had a partial response, meaning their tumors shrunk in half. About 36 percent of the participants responded to the drug, including patients whose tumors stopped growing for a period of time.

Unfortunately, two patients who exhibited poorer overall health died from toxicity caused by the drugs. Researchers determined the drug combination is effective in some patients, but should only be administered to people with overall good health.

In 1997, a phase II clinical trial studied the effect of dihydro-5-azacytidine (DHAC) in 41 people with malignant mesothelioma.

Approximately 17 percent of participants responded to the drug, including two patients whose tumors shrunk in half and one patient whose cancer completely disappeared and had not recurred during six years of follow-up appointments. Heart problems — including fast heartbeat and pericardial effusion — were reported in approximately one-fifth of participants.

In 2009, a phase II study of belinostat as a singular therapy was studied in 13 people with pleural mesothelioma. The drug halted tumor growth in two participants, but did not shrink tumors or significantly extend survival. The researchers concluded belinostat is not effective on its own, but should be studied in combination with other anti-cancer drugs.

In 2006, a phase I clinical trial evaluated the effect of decitabine in six people with pleural mesothelioma. The drug stopped tumor growth for two mesothelioma patients. Researchers stated the drug proved active against mesothelioma and that further research in combination with other drugs is warranted.

In 2015, results were published from a phase III clinical trial that studied the effect of vorinostat as a singular therapy in 661 pleural mesothelioma patients whose cancer had recurred following chemotherapy.

Patients with recurrent mesothelioma cancer often have few options. A new study by the Hyogo College of Medicine in Japan may have a…
Sean Marchese, MS, RN
01/30/2023

A phase II clinical trial began in 2016 to evaluate the EZH2-targeting epi-drug tazemetostat in pleural mesothelioma patients with and without the BAP1 mutation. The study concluded in 2019, but the results have not been published.

Another clinical trial that started in 2016 is studying a different EZH2-targeting epi-drug called mithramycin in mesothelioma patients. It is still recruiting participants.

A 2021 clinical research study identified UHRF1 as a potential epigenetic target. The study determined asbestos could increase UHRF1 expression which was notably higher in mesothelioma patients. The overexpression of UHRF1 was associated with decreased overall survival in patients. UHRF1 knockout decreased mesothelioma proliferation and invasion.

©2023 by Asbestos.com and The Mesothelioma Center. All rights reserved. | Last Modified January 4, 2023
Get Your Free Mesothelioma Guide