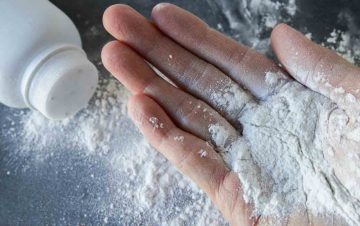 The court has awarded $117 million in total damages in the case. Last week, a New Brunswick, New Jersey, jury ordered J&J and Imerys to pay $37 million in compensatory damages to plaintiff Stephen Lanzo III and his wife.

It was the first trial loss for J&J over allegations that its talc-based products contain deadly asbestos. Last year, a Los Angeles Superior Court ruled in favor of the consumer goods and pharmaceutical giant in the first asbestos-related talcum powder case against the company.

Lanzo, a retired banker, claimed he used Johnson & Johnson’s Shower to Shower and Baby Powder products from 1972 to 2003.

Johnson & Johnson was ordered to pay $55 million in punitive damages, while Imerys is responsible for the other $25 million. In the compensatory damages verdict, J&J was found 70 percent liable ($25.9 million), with Imerys on the hook for the other 30 percent, or $11.1 million.

Get help finding an attorney who knows the process and can get you and your family the compensation you deserve.

Johnson & Johnson denies claims that its talc-based products ever contained asbestos. The company has not made an official statement on the Lanzo trial as of Wednesday afternoon.

In the trial, J&J argued it conducted extensive testing to make sure its products were asbestos-free. Talcum powder is made from talc, a naturally occurring mineral that can form alongside asbestos.

There are no federal regulations requiring cosmetic-grade talc products to be asbestos-free, and the U.S. Food and Drug Administration (FDA) can only take action if sound scientific evidence shows a product is harmful under its intended use.

Lawyers for J&J suggested several alternative theories for the cause of Lanzo’s cancer, including possible exposure to asbestos from old pipes in the basement of his childhood home.

“Our hearts go out to those affected by all forms of cancer. We are disappointed by the jury’s decision, but we remain confident that talc did not cause Mr. Lanzo’s cancer,” Myers said. “The evidence was clear that his asbestos exposure came from a different source such as the asbestos found in his childhood home or schools, and the jury’s decision is inconsistent with a recently published study of workers who mined and milled talc all day over the course of more than 50 years that did not find a single case of mesothelioma.”

Myers said Imerys intends to appeal the decision and will “continue to stand by the safety of our product.”

Most of these are linked to claims that women developed ovarian cancer after using J&J’s talc-based products.

The topic is a growing debate in the scientific community. Some studies suggest the use of talc in the genital area increases the risk of ovarian cancer. Other studies don’t support these claims.

Some talcum powder companies, such as Assured’s Shower & Bath Absorbent Body Powder, have added warnings to its labels.

Lawsuits related to asbestos-contaminated talc as the cause of mesothelioma are not as common. There have only been a handful of cases to go to trial.

Prior to the $117 million award in Lanzo’s case, the largest trial verdict came in 2016, when a jury awarded Philip Depoian $18 million against talc supplier Whittaker, Clark & Daniels.

In 2017, Colgate-Palmolive opted to settle a lawsuit filed by Carol Schoeniger, who claimed she developed mesothelioma after using the company’s Cashmere Bouquet product for more than 20 years.

© 2021 by Asbestos.com and The Mesothelioma Center. All rights reserved. | Last Modified September 24, 2020