Written By:
Matt Mauney
Fact Checked
Fact Checked
Our fact-checking process begins with a thorough review of all sources to ensure they are high quality. Then we cross-check the facts with original medical or scientific reports published by those sources, or we validate the facts with reputable news organizations, medical and scientific experts and other health experts. Each page includes all sources for full transparency.
Reviewed
Written By: Matt Mauney,
June 5, 2018

The EPA released a significant new use rule (SNUR) proposal which would allow the agency to prevent new uses of asbestos, the naturally occurring mineral linked to deadly cancers such as mesothelioma.

It is the first time the EPA has issued such an action. The SNUR would require the agency’s approval before asbestos-containing goods can be manufactured, imported or processed. It would grant the EPA power to evaluate the intended use of asbestos and take action, when necessary, to prohibit or limit its use. 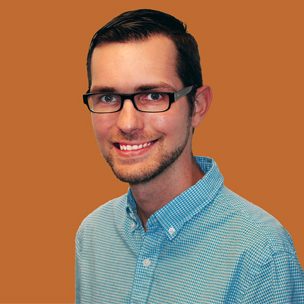 Do you have questions about asbestos, its dangers or the EPA’s changes?
Email Matt for more information or media inquiries.

“These actions provide the American people with transparency and an opportunity to comment on how EPA plans to evaluate the ten chemicals undergoing risk evaluation, select studies, and use the best available science to ensure chemicals in the marketplace are safe,” EPA Administrator Scott Pruitt said in an agency press release. “At the same time, we are moving forward to take important, unprecedented action on asbestos.”

However, environmental groups and anti-asbestos advocates are skeptical of the SNUR proposal and what it may mean for a future ban of asbestos in the U.S. They say the new rules undermine the spirit of the reformed TSCA and ignore the health concerns of asbestos disposal and past uses of asbestos.

“Every day, Americans are exposed to deadly substances like asbestos that are strongly linked to cancer and other devastating diseases without seeing a sufficient response from the government,” Sen. Edward Markey, D-Mass., a member of the Environment and Public Works Committee, said in a statement. “By moving to ignore the health concerns of disposal and past uses of asbestos and other dangerous chemicals, the EPA is flagrantly disregarding the fact that it is statutorily required to look at the full lifecycle of these chemicals, from manufacture to disposal.”

In addition to the SNUR, the EPA released the problem formulation documents for the first 10 substances up for review by the agency under the Frank R. Lautenberg Chemical Safety for the 21st Century Act, which overhauled the longstanding TSCA.

Asbestos, methylene chloride, carbon tetrachloride and several other chemical substances were added to the priority list for evaluation in 2016.

The problem formulation documents act as an interim step between last year’s scoping documents and the final risk evaluations, which must be completed by December 2019.

According to Markey and other critics of the Pruitt-led EPA, the documents will not take many sources of asbestos exposure into account in the agency’s evaluations.

Asbestos has not been mined or manufactured in the U.S. since 2002. However, use of the toxic mineral is still legal in the states. A 2017 study by the Asbestos Disease Awareness Organization and the Environmental Working Group (EWG) shows the U.S. imported an estimated 705 metric tons of raw chrysotile asbestos in 2016.

Most asbestos imports are used by the chloralkali industry, which uses asbestos diaphragms in its chlorine manufacturing process. Other asbestos-containing materials still used in the U.S. include gaskets and friction products such as brake pads.

Although asbestos is no longer added to construction materials such as insulation, drywall and vinyl tiles, it is still prevalent in older homes, offices, schools and other buildings built before 1980.

“Ignoring the many ways in which people are exposed to chemicals will put vulnerable populations, such as young children and communities living near factories, at even greater risk,” EWG said in a response to the updates. “These woefully incomplete problem formulations signal the EPA’s intent to discount human health risks to justify weak regulations of these chemicals.”

An analysis by the Environmental Defense Fund (EDF) shows the EPA plans to ignore more than 22 million pounds of asbestos air and land emissions with its proposed TSCA risk evaluations.

The nonprofit environmental advocacy group claims Pruitt’s EPA is taking an illegal approach to the chemical reviews and the proposed implementation of TSCA may make the legislation weaker than it was before the 2016 reform.

EDF and other groups have actively criticized Pruitt for longtime connections to the chemical and fossil fuel industry. The former Oklahoma attorney general reportedly led or participated in 14 lawsuits aimed at blocking EPA regulations.

“The approach [the EPA] is taking — designed by an appointee who came straight from the chemical industry’s lobbying arm — ignores millions of pounds of toxic pollution,” said Dr. Richard Denison, EDF lead senior scientist. “Pruitt’s EPA won’t examine the real extent of exposures to these chemicals — and that will put at risk the lives and health of Americans.”

©2022 by Asbestos.com and The Mesothelioma Center. All rights reserved. | Last Modified December 18, 2020