Although the sale and use of marijuana as a recreational substance is a federal offense in the U.S., as of June 25, 2019, it is approved in 11 states and the District of Columbia for recreational use and in 33 states for medicinal purposes — particularly for treating pain associated with cancer and for nausea and loss of appetite associated with chemotherapy treatment.

As with all forms of herbal medicine, patients should consult with their oncologist before using this type of complementary treatment because it may interfere with conventional treatments.

Benefits and Side Effects of Medical Marijuana

In clinical trials, medical marijuana was found effective for:

Despite its benefits, medical marijuana may also have side effects, including:

Speak With a Mesothelioma Doctor About Medical Marijuana
Connect with top mesothelioma doctors and cancer centers to get the best treatment.
Find a Doctor

Most of the scientific research on medical marijuana in cancer care has happened outside of the U.S. because marijuana remains illegal at the federal level. Growing support for legalization of medical marijuana may promote cancer research in the future, but current research is limited in the U.S.

Global research efforts have increased in recent years because of a growing interest in the potential role of medical marijuana in cancer care. The research extends beyond the well-known tetrahydrocannabinol chemical, known as THC, to include other compounds, such as CBD, collectively known as cannabinoids.

Research on Medical Marijuana as an Anti-Cancer Therapy

It is important to note some laboratory research indicates cannabinoids may promote tumor growth in certain cancers. For example, a 2004 test tube study published in Cancer Research found THC promoted the growth of lung cancer and glioblastoma, a type of brain cancer.

A 2005 test tube study published in The Journal of Immunology found THC enhanced the growth and spreading of breast cancer. In 2000, the same journal published a study on mice with lung cancer and found THC accelerated tumor growth by limiting parts of the immune system that control cancer.

Further research in humans is required to fully understand how the chemicals in marijuana affect different types of cancer.

Patients with mesothelioma or lung cancer have weakened lungs and experience trouble breathing. For these patients, consuming edible marijuana may be preferable to smoking it to avoid aggravation of lung tissues.

There are some differences between smoked and edible marijuana:

Edible medical marijuana comes in a variety of types:

For patients who are watching calories, fat or sugar, there are alternatives to heavy baked goods: 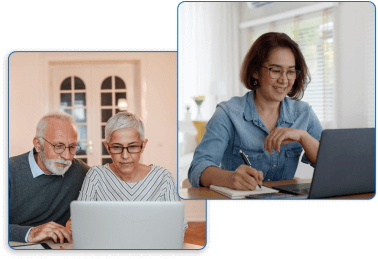 Learn How to Manage Cancer Pain
Get the latest tips in this free webinar hosted by top mesothelioma experts.
Get the Recording

Since marijuana is not readily available to many patients, drug companies have developed synthetic versions of THC, the psychoactive ingredient in marijuana.

Patients who have tried synthetic and natural versions of marijuana often say marijuana in its natural form is more effective for symptom relief than the synthetic variety. Marinol and Cesamet can also have serious side effects that aren’t a risk with natural THC, including seizures, irregular heartbeat, vision changes, headaches and severe or persistent dizziness.

Regulation and Legalization of Medical Marijuana

Regulations on marijuana began in the early 1900s.

Various pieces of legislation affected the regulation and criminalization of marijuana such as:

In 1970, the Controlled Substances Act classified marijuana as a Schedule I substance having “no accepted medical use.”

The country’s attitude toward medical marijuana began to shift in the late 1970s. In 1978, the National Institute on Drug Abuse (NIDA) supplied seven patients with marijuana after their physicians applied for the Expanded Access (compassionate use) program.

In 1991, 53% of oncologists agreed that marijuana should be available by prescription and 66% said it helped cancer patients treat the side effects of chemotherapy.

The New England Journal of Medicine published an editorial calling for the rescheduling of marijuana in 1997, and in 2008 the American College of Physicians stated that it supported non-smoked THC. The organization also called for exemption from criminal prosecution for patients.

After California legalized the drug in 1996, other states followed. Presently, 33 states, the District of Columbia, Guam, Puerto Rico and the U.S. Virgin Islands have legalized medical marijuana.

States That Have Legalized Recreational Marijuana

States That Have Legalized Medical Marijuana

Talk with Your Oncologist

If you live in a state that offers medical marijuana, ask your oncologist how it might benefit or interfere with your treatment plan. People assume it couldn’t hurt to take a natural substance, but cannabis products contain antioxidants that may protect cancer cells from the wanted effects of chemotherapy and radiation therapy.

This means certain types of medical marijuana might have the potential to block your anti-cancer treatments from working properly. Your oncologist is your best resource for guidance on this matter.

A number of mesothelioma survivors have said they spoke with their doctor before using medical marijuana as a complementary therapy to conventional treatment, which is known as integrative oncology.

While research shows medical marijuana may help cancer patients cope with pain, nausea, anxiety, lack of appetite and insomnia, it is best to discuss how you want to use marijuana with your doctor to get their approval first and make sure you take the right product, at the right time, without interfering with your treatment plan.