Chemotherapy Drug Alimta was Sparked by the Wings of a Butterfly

Written By:
Tim Povtak
Fact Checked
Fact Checked
Our fact-checking process begins with a thorough review of all sources to ensure they are high quality. Then we cross-check the facts with original medical or scientific reports published by those sources, or we validate the facts with reputable news organizations, medical and scientific experts and other health experts. Each page includes all sources for full transparency.
Reviewed
Written By: Tim Povtak,
January 24, 2013

Princeton University chemistry professor Edward Taylor went looking for the molecular secret to the intriguing pigmentation found on the wings of a butterfly.

He found Alimta, the most successful chemotherapy drug today for mesothelioma cancer, taking a winding, decades-long path that would change dramatically the lives of thousands worldwide.

“I never had any intention of making or finding a drug that could be useful against mesothelioma,” Taylor told Asbestos.com from his office at Princeton. “You don’t expect, in this kind of chemistry, to do something like that. It’s unrealistic, and on the pompous side, too. I still can’t say if it was brilliant insight, or just fumbling into something.”Taylor, now 89 and Professor of Organic Chemistry Emeritus at Princeton, will be honored in April by the National Academy of Sciences (NAS) for his 60 years of laboratory work that led to pemetrexed, which the Eli Lilly Company marketed as Alimta.

“When you think about where we started, it’s almost shocking,” he said. “We were out in left field. I’m sure there were people wondering, ‘Who is this nutty guy at Princeton working on pigment in butterfly wings?’ But I’m thrilled at how it turned out.”

The FDA approved Alimta in 2004, giving new hope to mesothelioma patients who are seeing their lives extended by this treatment option, which often is used in conjunction with cisplatin or carboplatin, the more generic cancer drugs.

The clinical trials for pemetrexed that began in the ’90s were so promising, and so welcomed by the mesothelioma community, that the FDA approved an early, compassionate-use program.

Alimta later was approved by the FDA for the treatment of advanced nonsquamous non-small cell lung cancer. Alimta has shown unprecedented activity against a variety of solid tumors, and is used today in more than 100 countries, effecting more than a million cancer patients, going well beyond mesothelioma.

The success of the drug has produced royalties for Princeton that paid for the state-of-the-art, 263,000-square-foot chemistry laboratory that opened in 2010 and is second to none in America.

Taylor will be receiving the NAS Award for Chemistry in Service to Society, yet another acknowledgment of how monumental his findings were. He previously was inducted into the Medicinal Chemistry Hall of Fame in 2010 and the New Jersey Inventors Hall of Fame. He also received the Heroes of Chemistry Award from the American Chemical Society.

Even more touching to him, though, are the unexpected letters and emails of thanks from patients who learn of Taylor’s original findings in the laboratory and his contribution to the cause of cancer research.

“It’s always wonderful to get those letters, and I’m thrilled by them, no question about it,” he said. “But at the same time, it’s totally unexpected. It usually doesn’t happen in this job, where you actually help affect the lives of so many people.” 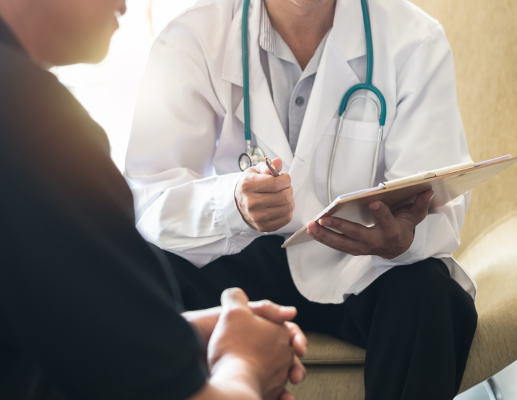 Even today, Taylor sounds humbled by his work, crediting a unique and long-running collaboration with Eli Lilly for turning his laboratory findings into a life-extending treatment plan for cancer patients.

“It was a great example of what can happen when academia and industry comes together, which just doesn’t happen enough today. We had the chemical expertise, and Lilly had everything else we needed,” Taylor said. “Without Lilly, this compound we came upon would still be sitting in a bottle on a shelf in my office. I can’t tell you how many objectives have been reached in academic research that never are carried further because the lack of a collaborator.”

The relationship between Taylor and Alimta actually started in the late 1940s during his doctoral thesis at Cornell when he was researching the molecular composition of those butterfly wings, luring him into the field of heterocyclic chemistry and the complex ring systems within it.

He joined the Princeton staff in 1954, but he didn’t focus on cancer chemotherapy until the mid-70s, always retaining his original fascination with certain molecular structures and folate-dependent enzymes.

Eventually, he created a compound in the lab which blossomed into one of the most active anti-tumor agents ever uncovered, awakening a once ordinary relationship with Lilly. It was Lilly, through extensive testing, that showed convincingly the compound killed tumor cells by blocking biosynthesis within cells.

“It was like getting a bear by the tail,” Taylor said. “Suddenly, this became extraordinarily exciting. All these years, I kept getting diverted because you never knew if anything would come from it. But now we knew something was happening. It was totally unexpected.”

Taylor believes the future of cancer research  and the next big breakthrough  is dependent upon the right kind of collaboration and a coming together of many diverse fields that produce totally new concepts.

“It’s not an area that lacks investigation, but someone has to put it all together, a kind of mental synthesis, maybe in a way that’s never been investigated before, perhaps from an area we haven’t even dreamed of yet,” he said. “You never know where it will come from. I didn’t know my idea was any good, at first. I was looking at the pigment in butterfly wings.”