Tim Povtak
Fact Checked
Our fact-checking process begins with a thorough review of all sources to ensure they are high quality. Then we cross-check the facts with original medical or scientific reports published by those sources, or we validate the facts with reputable news organizations, medical and scientific experts and other health experts. Each page includes all sources for full transparency.
Written By: Tim Povtak, Last modified: November 3, 2020 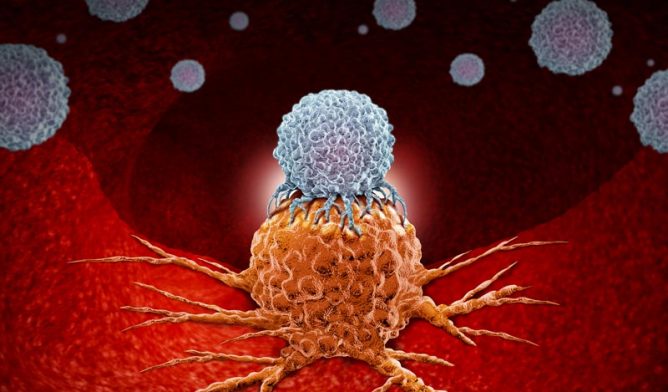 Recent studies from France and the Netherlands have shown patients with pleural mesothelioma can benefit significantly from a second-line immunotherapy drug combination.

In separate phase II studies, the combination of Opdivo (nivolumab) and Yervoy (ipilimumab) created a synergy that helped stop or slow tumor growth after traditional chemotherapy had failed.

“Our results add to the growing evidence that immunotherapy is a promising treatment,” wrote lead author Dr. Maria Disselhorst of the Netherlands Cancer Institute in Amsterdam. “The combination of nivolumab plus ipilimumab showed marked efficacy in patients with recurrent malignant pleural mesothelioma.”

Both studies showed similar effectiveness with the combination treatment. The authors referred new mesothelioma patients to the ongoing multicountry phase III study using the nivolumab/ipilimumab combination as a first-line treatment.

There are 17 cancer centers within the United States involved in that clinical trial.

Opdivo and Yervoy are both manufactured by pharmaceutical giant Bristol-Myers Squibb.

The two drugs work in similar ways, but target different surface proteins that are found in several cancers.

Opdivo targets the protein PD-L1, and Yervoy targets CTLA-4. Both proteins typically restrict a patient’s immune system and allow the tumor to grow.

Negating those two proteins allows the immune system to better recognize tumors cells. Each of the drugs, known as immune checkpoint inhibitors, had already individually shown effectiveness for mesothelioma treatment. Together, they were better.

“Nivolumab monotherapy, or nivolumab plus ipilimumab combination therapy both showed promising activity in relapsed patients,” wrote the lead author of the French study, Dr. Arnaud Scherpereel from University Hospital of Lille. “Although these results require further confirmation in larger trials, they could now justify the use … by patients who have no other efficient therapeutic options available.”

The study in France included 125 patients in 2016, all of whom entered the study after chemotherapy had failed. Results, based on the start of immunotherapy treatment, included:

Results from the Netherlands

The study in the Netherlands included 36 patients from 2016-2017. In the group, 27 were men, and 30 had the epithelioid subtype of mesothelioma. The median time between the last systemic chemotherapy treatment and study enrollment was 6.2 months.

“The regimen was well tolerated and toxicity was reversible and considered manageable,” the authors wrote.

The phase III study of the immunotherapy combination is expected to attract an estimated 600 patients and continue until 2021. The mesothelioma clinical trial is measuring the combination against standard chemotherapy.

“Whether our results will translate to a survival benefit needs to be investigated in a phase III trial,” Disselhorst wrote. “More results are awaited.”