Tim Povtak
Fact Checked
Our fact-checking process begins with a thorough review of all sources to ensure they are high quality. Then we cross-check the facts with original medical or scientific reports published by those sources, or we validate the facts with reputable news organizations, medical and scientific experts and other health experts. Each page includes all sources for full transparency.
Written By: Tim Povtak, Last modified: November 2, 2020 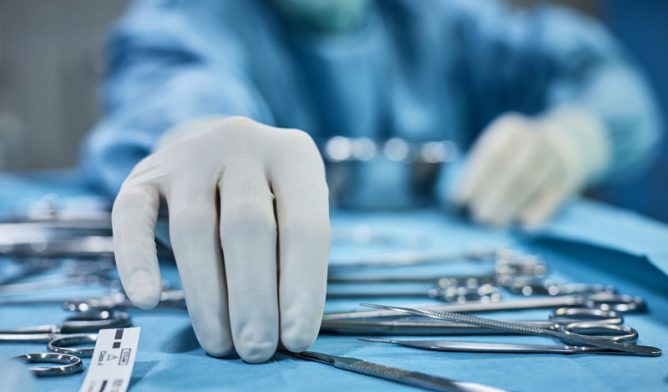 Less is usually better than more when it comes to aggressive surgery for pleural mesothelioma, according to the latest and most-extensive comparative study.

Throughout the last 25 years, surgical patients typically fared better with the lung-sparing pleurectomy and decortication (P/D) than with the more radical extrapleural pneumonectomy (EPP).

“We found that the P/D approach should be preferred when technically feasible,” Dr. Dimitrios Magouliotis of the General University Hospital of Larissa in Greece, told The Mesothelioma Center at Asbestos.com. “We believe now the P/D should be the first choice.”

Magouliotis was the lead author of the study published recently by the European Respiratory Journal.

The study compared short-term and long-term outcomes, survival rates from one to five years and the median overall survival with the two most-used surgeries for pleural mesothelioma.

Patients from Across the Globe

The study is a compilation of original research done from 1999 through 2018.

It includes 15 earlier studies with 1,672 patients who underwent the EPP surgery and 2,236 who were treated with the P/D procedure.

The debate over which surgery a patient should choose has been simmering throughout the past decade.

In recent years, more and more surgeons have moved toward the P/D approach, but some still perform both procedures.

Aggressive surgery is part of a multidisciplinary approach to mesothelioma treatment, although less than one-third of those diagnosed actually qualify for surgery.

Patients often are too weak, or the tumor burden has spread too far, for aggressive surgery.

The goal of both surgeries, though, is extended survival and relieving symptoms through the removal of as much tumor growth as possible.

Although advances have been made with both procedures, neither can prevent all tumor recurrence.

There is no definitive cure for pleural mesothelioma.

The EPP includes removing an entire lung and the lining around it, much of the diaphragm and the lymph nodes.

The P/D is a more detailed procedure that involves the meticulous removal of all visible tumor cells throughout the thoracic cavity, along with the pleural lining around the lung. It leaves the affected lung in place.

“The EPP did not provide any better outcomes with survival,” Magouliotis said. “So certainly, you have to question why patients would undergo such an extensive procedure when you could not find any advantage from it.”

The recent study made a differentiation between the traditional P/D and an extended P/D, which also includes at least a partial resection of the diaphragm.

The EPP surgery had a similar 30-day mortality rate and a superior three-year median survival rate to the extended P/D procedure.

Although a number of studies have been done throughout the past two decades, no randomized control trial comparing the two has been published.

The purpose of this study was to summarize existing data by comparing the surgical outcomes.

Authors concluded the P/D was preferred, but Magouliotis said there still was a place for the EPP, which has worked undeniably well in specific cases. It has extended lives well beyond expectations.

Dr. David Sugarbaker performed both surgeries at Boston’s Brigham & Women’s Hospital. He was a pioneer in the field, making surgery a part of the treatment plan for mesothelioma.

“Patients need to talk to their surgeon to determine which procedure will work for them,” Magouliotis said. “There still is a place for both.”

Doctor Match Program
Find a Top Mesothelioma Specialist Near You

©2021 by Asbestos.com and The Mesothelioma Center. All rights reserved. | Last Modified April 2, 2021